For several days in April to May of this year, Brandon*, 35, had been receiving alarming text messages on his phone.

“WARNING! Please be reminded that your friend/relative [name of victim] have been overdue for 30 days for the amount of P11,000,” the message read.

“We have contacted her several times but did not receive any response from her. We regret to inform you that [name of company] is FILING AN ESTAFA CASE AGAINST YOU and her because you are one of her co-makers and she agreed to our company rules, Section 85, Article 315 of the same act, as amended by Republic Act No. 4885, Presidential Decree no. 818. It will be sent to your company office and home address.”

Three things crossed his mind: (1) Anna indeed used his name, and probably her other contacts’ as well, as co-makers, desperate to have her loan approved; (2) Anna’s mobile phone was hacked or stolen, and someone was defrauding her; (3) It was nothing but a scam that preyed on random people.

Quite alarming was the part of the message where the “lending platform” warned about filing an estafa case for acting as the borrower’s co-maker. Even more menacing, the sender mentioned a provision of the Revised Penal Code concerning estafa.

Brandon was terrified. He was tempted to respond to the sender, but thought it would be better to clear things out with Anna. However, Anna was unresponsive to his calls.

It was until he discovered on Facebook that he was not alone.

Everyone knows that a scam is too big to ignore when big personality posts about it on social media.

One of the receivers of the same message was motoring journalist and media personality James Deakin. According to one of his posts earlier this month, the whole ordeal “might be a juicy one for you to haul into an inquiry.”

“Check out the privacy violations alone,” he wrote, urging the readers as well as government officials who closely follow his news feed to look at the matter.

We’ve already talked about the most hardcore ways loaners and debt collectors use aggressive tactics for people to cough up payment. However, the rise of lending apps that promise quick and instant loan approval made the platform rife with data privacy abuse and intimidating debt collection methods.

Checking one of the apps that sent the text blasts to one of our coworkers, we found out that it asks for access on your smartphone’s media library, camera, microphone, phone calls, and contacts.

In addition, they provide users with a simple version of terms and conditions that cut through the legalese. However, nowhere in that version of the contract states they will go through your contact list and message them when you miss payments.

When shaming borrowers by sending their contacts a message that indicates their full name and outstanding balance, they mentioned several laws to threaten the borrower. Some of the laws they mentioned are the following:

Going through James Deakin’s post about the same issue, there were even comments about these lenders threatening civil case and “a warrant to be assisted by the Manila City Police,” as per one comment.

These debt collection techniques are nothing new; before the rise of these lenders with online platforms that made loans more accessible to the public, financial institutions were already practicing these methods. From embarrassing people in their neighborhood to threatening them with fictitious lawsuits, collection agents were known to employ brutish tactics just to make people cough up the money.

With the use of smartphones to borrow money and the privacy issues that come with it, the government isn’t sufficiently equipped to deal with this new venture.

For instance, them invoking Republic Act No. 8484 might imply that the use of mobile phones to get money allows them to equate the phones to an access device.

According to the law, it is “any card, plate, code, account number, electronic serial number, personal identification number, or other telecommunications service, equipment, or instrumental identifier, or other means of account access that can be used to obtain money, good, services, or any other thing of value or to initiate a transfer of funds.”

The NPC steps in

With abusive lenders coopting technology to enforce their shady tactics, is there anything good coming out of this situation? The National Privacy Commission (NPC) would like to think so.

A few weeks ago, the NPC revealed that more than 400 complaintsarrived on their desks regarding these lending apps. Out of the said cases, the agency said that at least 235 were filed formally and about to be pursued by the agency.

“Over the past few months, we received almost identical complaints that pile up by the day from individuals accusing online lending apps of rude practices. Complainants say the harassment and shaming started when they failed to pay their balances on time. The people behind the lending app called or texted their contact list about their inability to return the money, causing them embarrassment and emotional stress,” Liboro said in a statement.

If found guilty of violating privacy laws in the country, these mobile-powered lending companies might be penalized or even get an order to close down. Victims of harrassment from such companies might even get compensation for the emotional and psychological stress incurred from their experience with abusive loan companies.

“If left unaddressed, problems like these may slow down our momentum towards a data-driven Philippines,” Liboro said.

If you’ve been subject to harassment tactics by shady money lenders, you can contact the National Privacy Commission’s complaints desk by calling their trunkline 234-22-28 local 114. 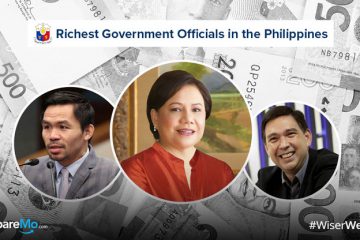 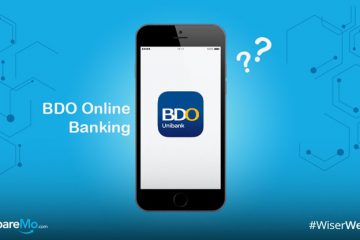 BDO Online Banking and Mobile App: A How-to-Guide On Its Features And Services 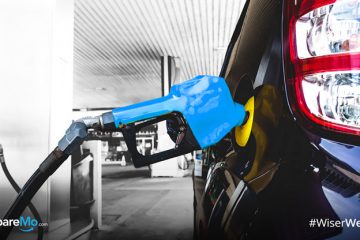