Is it really about time Filipinos had a national ID system?

Honest-to-goodness job seekers often have a hard time securing different documents and types of identification such as social security number, tax identification number, and others. Just imagine the number of trips you have to make just to complete them.

Many countries around the world have already implemented national ID systems of their own, serving as a unique identifier for each citizen.

If this will ever make identification much easier, then what’s the fuss all about?

What is Philippine National ID?

With the proposed national ID program, Filipinos both here and abroad will be required to register their personal information such as name, birth date, gender, signature, blood type, and individual serial number issued by the Philippine Statistics Authority (PSA).

In addition, the FilSys will be equipped with a smart chip containing the person’s biometrics, iris scan, facial image, and other recognizable features.

Using the national ID, cardholders will be able to access other government-issued numbers such as passport, SSS, Pag-IBIG, voter’s ID, Philhealth, and TIN.

According to committee chairperson Sol Aragones, the national ID aims to streamline the information of each citizen.

With the consolidated information, the national ID will make each Filipino apply more easily for admission in establishments like public hospitals, schools, and government offices); transactions regarding employment, suffrage, tax processes, bank accounts); and of course, identification for government social grants, clearances, and criminal records.

In addition, Aragones assured the public that only the PSA will have access to the information, allaying the fears that there will be security and privacy issues that will arise once it takes full effect.

While the PSA is the only agency allowed to store the information in the FilSys, the bill stipulates that the data can be disclosed under the following conditions:

The bill also mandates the aid of the Department of Information and Communications and Technology and the National Privacy Commission to enforce security measures to protect the citizens’ data.

Despite the good intentions of the bill, the Makabayan bloc of the lawmakers showed strong opposition to FilSys, lest being used by the military to increase surveillance among militant groups. In addition, Gabriela Party-List Rep. Arlene Brosas said that the information could be sold to corporations.

“You are giving something very powerful, personal information is being put in there so many would be interested not just the military and the bureaucracy,” she said in Filipino.

“There could be third-party data leaks and the data could be used for militarization because many in the bureaucracy now are from the military, which will not be encouraging for the masses.”

Meanwhile, in their group-wide announcement, the women’s party list voiced out that despite the intent to streamline social services in the Philippines, FilSys would not “cure the basic problems of social service delivery in the country.”

“We believe that existing databases of personal information are sufficient for government programs to reach intended beneficiaries,” Gabriela said in a statement.

In the Southeast Asian region, some of the country’s neighbors have long been implementing their own versions of national ID system. In Malaysia and Singapore, citizens and permanent residents are issued with the National Registration Identity Card.

Meanwhile, Thailand has its own country-wide ID system called the Population Identification Code, which has been implemented since 1976.

Vietnamese citizens are required to get their own form of national ID card called the CMND from the country’s provincial police department. Indonesia has the Indonesian identity card, which had upgrades such as embedded RFID chips containing the citizen’s data.

Applicants can register on the following government offices: COMELEC, HDMF, GSIS, Local Civil Registry, PhilHealth, PHLPost, PSA, and SSS. However, the registration is not yet officially available – there’s still no list of national ID requirements announced publicly.
As an update, PhilSys started the initial testing of registration in Metro Manila for 10,000 individuals who are mostly farmers, PWDs, mothers, elders, and other recipients of DSWD.

The registration coverage will gradually expand to the cities and provinces as the test will run until June 2021. The process includes deduplication – ensuring that there are no duplicates among the registered applicants. Overseas Filipinos would also be included in the registration in 2021 while the government expected to complete process for the whole Philippine population in the middle of the year 2022.

Are you in favor of the national ID system? Share your thoughts in the comments. 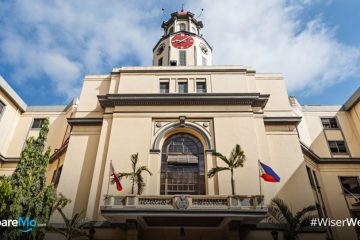