How Much Does Your Smoking Habit Really Cost?

Smoking kills. This has been an established fact for decades already. However, not everyone can just put their cigarettes away and kick the habit for good despite knowing its long-term consequences.

If the threat of illnesses won’t stop you from kicking the habit now, then maybe it’s about time you realized the true cost of smoking, especially with reports going around that a nationwide ban on smoking in all public places nationwide will very soon be implemented after President Rodrigo Duterte signs the executive order.

We all know that cigarettes cost money, a sum that can go up the longer you quit. However, the amount doesn’t stop there, as the continuous consumption can make your expenses pile up exponentially.

How much does your smoking habit cost really?

Having an addiction is expensive; having an unhealthy addiction, even worse. For starters, a pack of 20 cigarettes in the Philippines costs P60 on average, with prices pegged between P50 and P70 when you get it from groceries.

To find out how much tobacco a person consumes in a month, you have to find out the average daily consumption of adult smokers in the Philippines.

Roughly P1,000 every month may already mean huge savings, but the real price of smoking comes from its repercussions on one’s health.

According to the Philippine Council for Health Research and Development, “an estimated 90 percent of lung cancers are linked to cigarette smoking, making smoking the number one or leading cause of lung cancer.”

Aside from that, current or past smokers tend to develop lung cancer 10 to 20 times more than the average person, which means that the probability of contracting lung cancer is high.

According to an article from Rappler, the most common form of lung cancer among smokers is the small-cell lung cancer, which spreads more rapidly and is prevalent among people who smoke.

For an average person having this type of cancer, the following types of treatment are available:

1. To determine the type of treatment to be used on the patient, some doctors recommend the person to undergo epidermal EGFR (epidermal growth factor receptor) testing to see if the type of cancer cells present have a risk of uncontrolled cell growth. For starters, an EGFR test costs somewhere between P50,000 and P60,000, depending on the hospital.

“Among the drugs most commonly used are cisplatin (Platinol) or carboplatin (Paraplatin) plus docetaxel (Taxotere), gemcitabine (Gemzar), paclitaxel (Taxol and others), vinorelbine (Navelbine and others), or pemetrexed (Alimta),” the website furthered. The Department of Health’s 2016 price index listed the following drugs and their highest price in the market:

Since the recommended intake of these drugs is the combination of cisplatin and carboplatin with the rest of the drugs on the said table, the most expensive combination will be carboplatin (P3,800) and gemcitabine (P10,100), one session can cost P13,900—and the recommended number of chemo sessions are up to six times, stacking up the treatment cost by up to P83,400, excluding hospital fees like case rate, professional fees, and HCI fees, which can rack up to around P12,000 per session. In severe cases where the chemo sessions don’t work, doctors prescribe a second round of drug treatment commonly referred to as second-line chemotherapy.

3. If chemotherapy won’t cut it, another more invasive way to deal with lung cancer is through surgery called lobectomy, or the removal of the affected lung lobe.

According to the table of Lung Center of the Philippines’ common procedure cases, a lobectomy costs P41,160, along with the professional fee of P24,360, and HCI fee of P16,800, amounting to P82,320. In some cases, a thoracoscopy with lobectomy is more appropriate, with an aggregate cost of P93,900. Rates for rooms and other tests and medicine are still not included.

To round up the total cost of the consequence of cigarette smoking:

Depending on your case, your total lung cancer treatment may cost P287,000 if the spread of cancer cells can be prevented quickly. However, in some more severe cases where another batch of chemotherapy is needed, the cost can almost double at P464,700—and keep in mind that these are just the medical bills.

Prevention is better than cure, and the price someone must pay for becoming addicted to cigarettes goes way beyond one stick.

If the price of every pack you buy does not convince you to quit, then maybe an overview of the future medical bills on your tab will help you kick the habit once and for all. 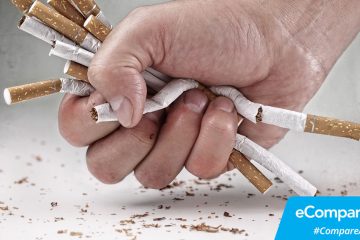 How Much Does Your Smoking Habit Really Cost? 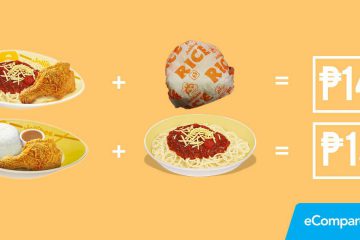 Beat The System: Fast-Food Hacks For The Kuripot Foodie 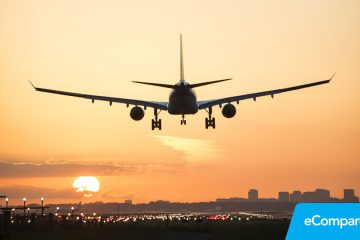 So You've Booked A Cheap Plane Ticket. Here's How You Can Save On Your Travel Expenses