Weeks after being rejected by the Land Transportation Franchising and Regulatory Board (LTFRB), Indonesian transport company Go-Jek now has a foothold in the Philippines after acquiring Coins.ph.

Two weeks after the Indonesian transport network company (TNC) hit a snag in its attempt to enter the country, they announced that they have acquired Coins.ph through a “substantial investment.”

Although no amount has been disclosed public, technology news website that Go-Jek poured around $72 million in the company’s coffers, deal its biggest outlay since a shopping spree in 2016.

Go-Jek committed to the Philippines

“We had to make a decision on how we want to continue growing our business, and we felt like ultimately together with Go-Jek we could build something that is overall bigger and better for our customers,” he added.

With claims of having a user base of around five million Filipinos, Coins.ph is one of the major forces in the industry. The company initially started as an exchange service for cryptocurrency but has pivoted its focus towards mobile payment.

Last December, the LTFRB denied Go-Jek’s application to apply for a TNC license in the Philippines. However, the reason the government blocked its entry is subsidiary, Velox Technology Philippines, doesn’t meet the 40-percent maximum foreign ownership required for public utility franchises.

Although Go-Jek is undoubtedly a in the Indonesian ride-hailing market, it still has to make a in the entire Southeast Asian market. Aside from offering services, Go-Jek is also engaged in mobile payments through its GoPay service.

Currently, Grab has the lion’s share in the TNC market in the Philippines. Aside from its ride-hailing platform, the company is also beefing up its promotion of GrabPay, Grab’s very own mobile . With the system integrated into Grab’s platform, users can pay , top up their mobile numbers with prepaid load, and order food deliveries.

According to TechCrunch, the said system has been first introduced by Go-Jek in Indonesia—yet Grab has already rolled out this service in its Southeast . With Grab getting a head start, it will be a difficult battle for Go-Jek to contend with its arch-rival.

Meanwhile, Go-Jek is also facing another strong contender in the Philippine market: Angkas. Angkas the motorcycle TNC arena even during prohibition, it will take a for Go-Jek to go toe to toe with the former. With from its user base and a powerful social media presence, Go-Jek needs an ace on its sleeve to make a dent to the market.

Fortunately for Go-Jek, what sets it Angkas experience in the motorcycle TNC industry. Founded in 2010, Go-Jek emerged from a simple ride-hailing service to one of the companies in Indonesia. In addition, Angkas doesn’t have in-app payment and only allows cash for payment of its services.

The storm up ahead

After facing backlash for the the ban on motorcycle taxis, the Department of Transportation (DOTr) formed a technical working group to study if the Philippines is ready for . According to the agency, although it welcomes an amendment to the law that prohibits motorcycles as public transportation, a lengthy study must be conducted for public safety and security.

DOTr Secretary Arthur Tugade said that will welcome any amendments to the 50-year-old Land Transportation Code. According to the antiquated law, two-wheeled vehicles are prohibited from being used as public transportation.

“The DOTr believes this is the right order for motorcycles to function as a public transport service. The the legislative process this bill will undergo, as government policies are anchored on the power of the law,” said DOTr in a statement.

“We will listen to all parties and determine if legalizing motorcycle taxis is what’s best for the riding public.”

If the amendment pushes through, this won’t be the first time the government will accommodate disruptions in the sector. In 2015, the DOTr issued a department order that the operations of TNCs. This was amended further after the agency wanted the LTFRB to regulate fare hikes. 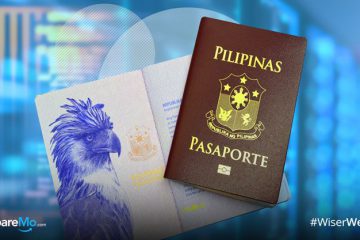