Dengue Cases In The Philippines 2017: What You Need To Know

Cases of dengue fever in the Philippines may be on the decline, but that doesn’t mean we should put our guards down.

During the first half of the year, the Department of Health (DOH) reported in their Dengue Disease Surveillance Report that there were a total of 43,770 dengue cases in the country.

Thing is, more people contract dengue during the second half of the year, especially during the time when strong rains and typhoons hit the Philippines. On top of that, there’s a new threat that can make dengue worse in the country..

Still on the fence

Last year, the DOH gave the green light for the controversial anti-dengue vaccine to be sold to the public. Named Dengvaxia, the supposedly breakthrough anti-dengue measure was developed by Sanofi Pasteur, a multinational pharmaceutical company. According to reports, the big pharma player took more than 20 years to develop and thoroughly test the vaccine.

However, in December of last year, the Dengvaxia program was suspended after it was found to be potentially harmful to people who had not been previously infected with dengue.

According to the Department of Science and Technology’s Technology Application and Promotion Institute (DOST-TAPI), one of the three projects prioritized by the agency’s Technology Innovation for Commercialization (TECHNICOM) is the mosquito-repellent textile products.

The said mosquito-repelling cloth, which is being researched by the DOST-TAPI, received funds from the TECHNICOM for the “conduct of the mosquito-repellent textile prototype, research of effective dosages and concentration of ingredients and duration for protection, assessment of rechargeability of the textile, and market testing.”

While no final product exists yet, the government is hopeful that this new type of fabric will be the people’s shield against dengue fever.

There are larger forces at play and humans are bound to face their ruin at the very face of the apocalypse. Climate change is real, and different agencies around the world are not just jacking numbers up to push their agenda.

While we’ve yet to experience typhoons of biblical proportions, little by little, climate change alters the environment enough to reverse the progress we achieved in a blink of an eye. Or at least, a bite of a mosquito.

According to a report by the Asian Development Bank (ADB), vector-borne diseases such as malaria and dengue are set to become more lethal and widespread than ever and cause far worse cases of mortality especially among children.

“The Philippines reported more than 169,000 cases, representing almost a 60 percent increase in case numbers compared to the previous year,” the ADB paper said. “Large outbreaks have also been reported for Malaysia, Thailand, and Vietnam. Recent research suggests that this development could at least partly be related to the strong El Niño phenomenon of 2015/16. Based on time series data for 1993–2010 covering eight Southeast Asian countries, the scientists revealed clear relationships between temperatures as related to El Niño and incidence rates of dengue.

“In Indonesia, the Philippines, Thailand, and Vietnam, an estimated 24,632 people died from malaria and dengue in 1990. With global warming, deaths are expected to increase by 18 percent in 2020,” the ADB report furthered. “The overall burden from climate change to be expected in the different Asian regions by the 2030s and 2050s is therefore projected to be much greater than reflected by the mortality estimates shown here.”

In Pacific countries such as New Zealand, Vanuatu, and Fiji, the climate change brought the surge of mosquito-borne diseases like dengue, malaria, and even zika to a new level.

In a report by Television New Zealand, cases of “type 2” dengue were said to be back in the region. The said strain hasn’t been recorded in the Pacific islands in 20 years.

“It is almost every year now. And I think that’s probably because of this so-called climate change, and when we see the fact that coupled with that there’s a great traveler population,” said Dr Marc Shaw of Worldwise Travellers Health in the article published on Television New Zealand’s website.

Dengue fever may be lethal, but there are still ways to protect yourself from water-borne mosquitoes. By making sure there is no stagnant area in your area, coupled with active mosquito-repelling measures like fumigation, citronella plants, and others, you can reduce your risks of getting dengue. 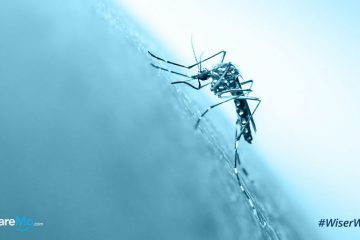 Dengue Cases In The Philippines 2017: What You Need To Know