There is no available cure against the new coronavirus as of this writing, and companies are scrambling to study medications and produce vaccines in a bid to end the pandemic as soon as possible.

President Rodrigo Duterte, through Presidential Spokesperson Harry Roque, has even offered a ₱10-million reward for any Filipino who could discover a vaccine against the COVID-19 virus.

Elsewhere in the world, governments are doing the best they can to stop the new coronavirus from decimating people. While staying home and enacting physical distancing measures are in place, it will be a different game once a vaccine is developed.

The World Health Organization (WHO) says there are over 60 vacccine candidates for the novel coronavirus, officially called SARS-CoV-2, being developed by pharmaceutical and startup companies worldwide.

Why can’t we develop a vaccine any time sooner? The answer is: It’s complicated.

The long road to the cure

Given that nobody would’ve predicted the unprecedented infection rate of COVID-19, it’s easy to write off the reason as something related to unpredictability. In fact, Chinese researchers have already shared the genetic sequence of the virus in January, giving scientists the necessary first step in creating the cure. But in reality, there are other factors in play.

According to the United States Centers for Disease Control and Prevention (CDC), all vaccines in development must undergo the following these phases:

During clinical development, a prototype undergoes three clinical trial phases during the said part. Once there is enough knowledge that a vaccine can work, the trial will move to phase I, which consists of small-scale trials to healthy humans to see how the immune system will react to it.

(Read: How Much COVID-19 Treatment Costs In The Philippines)

On the second phase, the cure under scrutiny will finally be introduced to the disease it’s supposed to combat, albeit in a more controlled setting. During this time, its effectivity and safety will be measured and side effects will also be observed.

After passing phase II, the vaccine will finally be tested on a larger scale of human subjects to evaluate the effects under natural disease conditions. This will be a crucial part of the process because it will determine if it works as intended. If the trial under this phase is successful, the vaccine makers will finally have enough proof for regulatory bodies to approve the product for mass consumption and eventually, production.

Further assessment of the vaccine still happens even after license for manufacturing has been issued, which is more commonly known as phase IV. The goal of this is to figure out if there are rare negative effects of the vaccine to the people and find out about its long-term effects.

Why do vaccines have to undergo trial?

According to the United States National Institutes of Health (NIH): “Clinical trials provide a scientific basis for advising and treating patients. Even when researchers do not obtain the outcomes they predicted, trial results can help point scientists in the correct direction.”

Researchers cannot bypass this process or vaccines under development stage may pose serious health risks to the greater public.

How long does it take for a vaccine to undergo clinical trials?

Although you’ve seen some articles saying that the cure for COVID-19 can be available as early as late 2020 or early 2021. Unfortunately, there is no specific timetable for vaccines to be fully studied for its efficacy and compliant to all regulations. For instance, the ebola vaccine was approved after five years of clinical trials.

With the genetic sequence of COVID-19 already available to health experts, the process has been greatly accelerated already, with companies moving immediately to figuring out how to defeat the virus.

Within a few months, public and private entities have already poured resources to find the cure. Currently, there are 41 vaccines against COVID-19 that are in the preclinical phase. Although no one has yet reached the finished line, here are just some of the most promising ones to date:

What is the difference between these types of vaccines? To understand how they work, here are some of the most common mechanisms of actions the coronavirus vaccines use to address the disease:

This platform for vaccine uses a live yet weakened version of the virus as part of the way to teach the person’s immune system on how to combat the disease. Since the virus has been debilitated enough to not cause any harm to the user, it will only share information about the disease to the person so the body will fight it by itself. Some live attenuated virus vaccines include measles, mumps, and rubella (MMR) and chickenpox cures.

This type of vaccine triggers an immune response to the body by unloading a payload of antigens for the intended disease tucked inside a harmless and unrelated virus, which is the viral vector. In the context of COVID-19-related vaccines, they use a non-replicating adenovirus that’s attenuated enough to not replicate.

Once the adenovirus has already entered your body and tried to hijack your cells to reproduce themselves, it will release the payload that contains a modified version of the coronavirus to instruct the body on how to develop a response. The viral vector won’t survive and the body receives the antigen it needs to fight off COVID-19. One example of this vaccine is the Bacillus Calmette-Guerin vaccine used against tuberculosis.

Instead of introducing a virus through inoculation, this mechanism of action uses a different method to create an immune response. The vaccine created using this method uses messenger RNA that has been modified for a specific disease. Think of the mRNA as your body’s foreman that will task your cells which proteins to build.

Once it’s introduced to the body, the mRNA will tell the body’s cells to build the antigen using the person’s genetic material, which then will be recognized by the immune system as part of itself.

Like adenovirus-based vaccines, lentivirus-based also use harmless virus to introduce a cure-carrying gene to individuals. However, what makes lentivirus a good vector for cure payload is its ability to penetrate cells that also do not divide themselves, therefore making it faster for the antigen to be developed by the body.

Although it can stick to non-replicating cells and the version used in vaccines doesn’t have the ability to damage the host, it still has to be modified to prevent itself from multiplying.

Researchers still have a long way to go in terms of clinical trials and further studies, but there is hope for everyone that a vaccine will arrive one day. But until that day comes, the best way to fend off the virus is by practicing good hygiene, observing physical distancing guidelines, and staying informed.

Get your e-policy in as fast as 24 hours 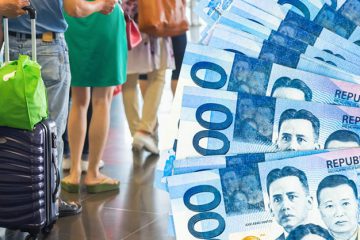 How To Claim COVID-19 Financial Assistance For OFWs, Or DOLE AKAP 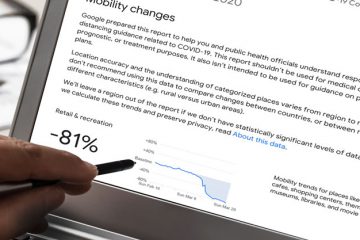 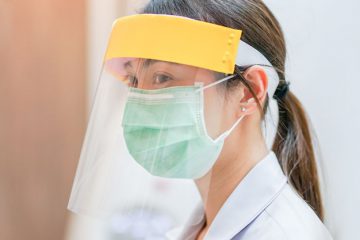