Currently, depending on the bank, a single interbank withdrawal costs around P10 to P15 while an interbank balance inquiry costs P2. With the lifting of the six-year moratorium on ATM fee increases, however, higher charges are expected.

The charges could jump up to P15 to P30 per interbank withdrawal, or possibly even higher.

The lifting of the freeze stoked concerns among lawmakers that banks would impose as much as a 50-percent hike on ATM fees, based on the rates they had charged or proposed to charge before the moratorium took effect in 2013.

That said, the House Committee on Banks and Financial Intermediate is set to investigate the looming increases in ATM fees, starting with Makati City 2nd District Representative Luis Campos Jr. filing House Resolution 210 which enables the inquiry into the order of the BSP allowing banks to adjust the fees they charge for ATM services.

“We are worried that the forthcoming increases in ATM charges might harm consumers—the nation’s more than 58 million ATM cardholders,” Makati Rep. Luis Campos Jr. said in a statement on August 12, 2019.

“Even more vulnerable are our estimated 4.1 million minimum wage earners. Many of them receive and withdraw their salaries twice a month through their ATM cards at the machine nearest them,” he added.

For the benefit of the banks

These charges could jump to as much as P15 to P30 per single interbank withdrawal, possibly even higher with the removal of the moratorium.

But the BSP earlier reminded banks to impose “reasonable and market-based” pricing and not just stack up on charges given the removal of the moratorium.

“The amount to be charged to a cardholder should be clearly displayed on the ATM location and on the screen of the ATM terminal. The notice should clearly indicate that the amount displayed is on top of the charges that may be imposed by the card issuer.” As stated by BSP Deputy Governor Chuchi Fonacier in her memorandum to the banks.

As per Makati Rep. Campos, any increase in ATM fees would post banks huge earnings of up to 26%.

In the first half of the year, banks racked up P110 billion in profits, 26% higher than what they were earning in the same period last year, according to preliminary data from the BSP.

Based on the order signed by BSP Deputy Governor Chuchi Fonancier, banks will only have to inform the BSP about their proposed ATM fees based on the costs incurred with respect to their ATM activities. The order also states that banks should disclose the amount to be charged to a cardholder.

According to Makati Representative Campos, banks had wanted to jack up their ATM charges by as much as 50% before the BSP enforced the moratorium on ATM fee increases in 2013.

In House Resolution 210, Makati 2nd District Representative Luis Campos Jr. called for an inquiry in aid of legislation as it is “consistent with the State’s duty under a 1992 law to protect the interests and general welfare of consumers and to establish standards of conduct for business.”

He said it is the state’s duty to protect the interests and general welfare of consumers and to establish standards of conduct for business.

In his resolution, Makati 2nd District Representative Campos pointed out that there now exists a virtual monopoly in the network that interconnects all of the country’s 21,682 ATMs and that the matter should be probed so as to safeguard the rights of the ATM users under Republic Act 7394 or otherwise known as the Consumer Act.

ExpressNet Inc. outsourced its ATM network to BancNet Inc. in 2008. BancNet and MegaLink Inc. merged their ATM networks in 2015, with BancNet as the surviving entity, and while MegaLink has since been repurposed.

“In this case, we are clearly compelled under The Consumer Act, or Republic Act 7394, to conduct an inquiry so as to safeguard the rights of ATM users.” Makati Rep. Campos said.

(Read: On Paperless Billing: Should You Pay Your Service Provider For Printed Billing Statements?)

Consumers can use ATMs of their so-called mother banks for free. But banks charge those who are not their customers for using their ATMs. Here are the charges: 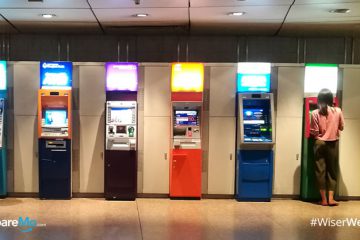 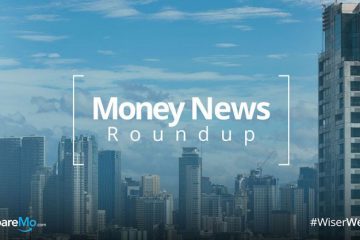