While we were sleeping last night, Cupertino was all abuzz with Apple’s latest major, major event. Aside from officially launching their Tron-esque chakram, Apple also finally unveiled three new iPhone units. Not one, not two, but three iPhones are now available to celebrate the 10th anniversary of Apple’s smartphone dominating the market.

During their 2017 annual September event, Apple senior vice president of worldwide marketing Phil Schiller revealed the iPhone 8, 8 Plus, and the much-rumored iPhone X. While the two units under the 8 line serve as a continuation of iPhone legacy, the iPhone X is a different beast.

What makes the new iPhones special and what makes them stand out from their predecessors? And when will the new Apple-branded phones arrive in the Philippines?

New kids on the block

The newest iPhones are powered by Apple’s most technologically advanced processor to date, the A11 Bionic chip with six cores. The Cupertino-based company claims that the A11 Bionic supercharges the new phones with four efficiency cores and two performance cores. The successor of the A10 Fusion is said to provide up to 70 percent faster CPU efficient cores and 25 percent faster CPU performance cores.

Aside from better processing power, the new processor from Apple is built for machine learning with its neural engine. According to Apple’s iPhone page, the neural engine will make it possible for your iPhone to learn more from your usage. This makes new features like Face ID and Animoji possible. More about those features later.

The custom-designed GPU in these iPhones are the first of its kind, thanks to its six-core chip. The GPU built in iPhones 8 and X will allow developers to create insane graphics-heavy games for the iPhone as well more immersive augmented reality (AR) games, which will make use of the iPhone’s ability to superimpose computer-generated images on the phone’s real-world view.

Aside from a more powerful CPU, the new iPhones will also come with a wireless charging feature, which has been long embraced by some Android smartphones. Adopting the Qi standard of wireless charging, there’s no need to plug iPhones to an electric socket; just place them on top of a Qi charging dock and let it charge. Next year, Apple will release its own wireless charging solution called the AirPower, allowing users to juice up their Apple devices simultaneously—your AirPods included.

Despite their glossy look, the new iPhones all have IP67 ratings, making them dust-resistant, splash-resistant, and water-resistant. They will be able to tolerate submersion in up to one meter of water for around 30 minutes. Buyers of the new Apple smartphone can pick between two storage options: 64GB and 256GB. They can also pick between three colors: Space Gray, Gold, and Silver.

The iPhone 8 and 8 Plus may look like mere continuations of the previous iPhones. However, the newly unveiled smartphones have different internal components, making them far superior to their older brothers.

Aside from the A11 Bionic chip and wireless charging feature, iPhones 8 and 8 Plus will both flaunt a glass back for a glossy new look, use an LCD screen with IPS technology, and shoot videos in 4K. However, the similarities end there, with the iPhone 8 Plus obviously sporting better features.

Apart from the bigger screen at 5.5 inches that offers higher pixel density, the iPhone 8 Plus will also come with two rear cameras, one wide angle at f/1.8 and one telephoto at f/2.8 apertures. The telephoto lens will give the iPhone 8 Plus optical zooming capabilities. In addition to the second camera, the 8 Plus can also harness the new Portrait Lighting mode, giving the users more control over their flash for more lighting options.

Here is an overview of the specs of both the iPhone 8 and iPhone 8 Plus:

Rumor-mongers of the 10th-anniversary iPhone unit got some of the features of the iPhone X right, but it was only this morning that Apple finally showed which features made it to the final product. Despite bearing the name iPhone, the X is a different beast altogether, with no physical resemblance to its predecessors.

The most noticeable feature of the iPhone X is the 5.8-inch edge-to-edge Super Retina display powered by an OLED screen for better contrasts and truer blacks. Apart from the trapezoidal space on the top of the screen, the iPhone X boasts of almost bezel-less display. With no home button present, Apple moved some of its functions to the power button like Apple Pay and Siri.

Apart from those functions, one important feature embedded in the home button is the Touch ID. With the iPhone X, the fingerprint recognition has been replaced with the Face ID: using the sensors on the black notch on your display, it can recognize the user’s face and use it to unlock the phone.

The iPhone X’s machine learning capabilities will make sure the device will recognize you even with some physical changes over time like glasses, beard, makeup, and others.

The sensors for Face ID also make it possible for the iPhone to create the Animoji, iMessage emojis that mimic your reaction with the use of facial mapping. Make the pig or robot emojis smile or frown depending on your facial expressions. Meanwhile, front camera is also ready for Portrait Lighting mode, giving you the ability to take selfies like you’ve never done them before.

Aside from the screen and the array of sensors with the front camera, the iPhone X delivers the same performance as the iPhone 8 Plus: dual rear cameras with Portrait Mode, wireless Qi charging, A11 Bionic chip, two options for storage, and others.

To cap it off, here are the specs of the iPhone X:

Now that the features and specifications are out of the way, it’s time to talk about pricing. In the United States, preorders for the iPhone 8 and 8 Plus begin on Friday. If the iPhone 7 price starts at $769 last year, the starting price for the 64GB iPhone 8 will be $699 while its big brother will be priced at $799 for the 64GB version.

As for the iPhone X, well, it’s a different league. Apart from the extremely limited number of units to be sold, the starting price for the X will be $999 which comes with a 64GB storage capacity.

According to the Apple Store, the iPhone X doesn’t come in SIM-free, which means buyers have to get it from their respective carriers. Philippine distributors of Apple products as well as local carriers like Globe and Smart have yet to announce the release of the new Apple handsets here.

The following are the prices of the new iPhones in the United States and, hopefully, the Philippines:

If the Philippines will follow the same schedule, then the iPhones will be available in the country by November. When last year’s iPhone came out in the Philippines, Smart offered it for free on Plans 2,499 for the regular and 2,999 for the big one. Meanwhile, Globe plan subscribers had to pay a cash out of P6,000 and P13,200 for the iPhone 7 and 7 Plus, respectively. Since these units are now given free to lower tiers, expect the new iPhone to be offered for free with the most expensive plans today. 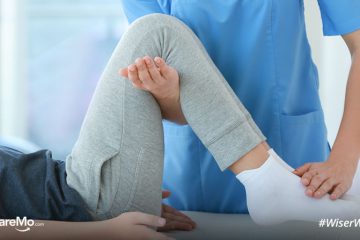 Top Wellness Centers In The Philippines 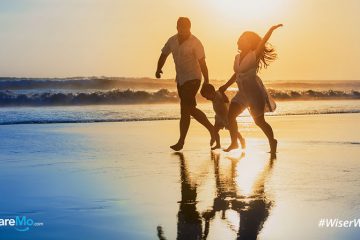 Putting A Price Tag On Peace Of Mind: The Real Cost Of Safety And Security 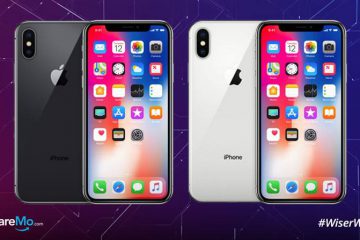