By now, user reviews have proven that the Apple iPhone 7 (and its bigger brother, the iPhone 7 Plus) is still one of the best smartphones on the market. However, its price tag may not be for everyone. The starting price for iPhone 7 at the Apple Store is P37,990 for the 32GB version, while the 32GB iPhone 7 Plus is priced at P44,990.

If the Cupertino-designed smartphone is well beyond your budget, don’t fret; a number of you can still get a good mobile phone with almost the same features as the iPhone without shelling out that much money. Choose your weapon from this arsenal of top iPhone alternatives available in the Philippines.

Dubbed as the first commercial phone with modular system (sorry, Project Ara), LG G5 has surprised the public with its additional parts and accessories dubbed as Friends. The Korean electronics manufacturer released several modules, like the Cam Plus for better picture control, Hi-Fi Plus with B&O PLAY for a more immersive audio experience, a 360 camera, and LG’s very own 360 VR headset. The G5, which is the latest incarnation of LG’s G series, is powered at the core by Snapdragon 820 quad-core processor, 4GB RAM, and a stunning 16-megapixel camera.

The Korean smartphone manufacturer has always been the top contender of the iPhone, and this year, the Galaxy S7 didn’t disappoint. Among its features are a powerful Snapdragon 820 quad-core processor, 4GB RAM, up to 200GB slot for SD card, and AMOLED display. Get it if you’re badly in need to upgrade your phone; otherwise, wait for the release of the Samsung Galaxy S8 in the first quarter of next year.

For the past few years, Chinese electronics company Xiaomi has been making waves by creating cheap yet amazing tech pieces, including their new phone, the Mi 5. Armed with a Snapdragon 820 processor, 3GB RAM, Adreno 530 GPU, and proprietary image stabilization, the Mi 5s is truly worth trying.

The iPhone 6s is still a good alternative to its sleeker and more contemporary iteration. Unlike the 7 and 7 Plus, the 6s line is still affordable at P31,990 (and the 6s Plus at P37,990). The iPhone 6s may not be on the same level in terms of processing power (7’s quad-core CPU against 6s’ dual-core processor), GPU (six core GPU vs PowerVR GT7600), and other features like camera, waterproof body, and battery life, the iPhone 6 is still a phone that can hold up to its own for quite some time.

iPhones are known to have superior camera quality for years now, but it doesn’t remain unchallenged by its competitors. To keep up with the camera-oriented smartphone market, Chinese smartphone maker Huawei teamed up with Leica to release the Huawei P9. Aside from its top-of-the-line specs—2.5GHz octa-core processor, 4GB RAM, and other amazing features—the P9 boasts of dual 12MP camera that gives users total control over their photos. The iPhone 7 Plus may be parading its dual camera feature, but Huawei got to the said trend first.

Not exactly cheaper, but more like a challenger to Apple’s and Samsung’s thrones. Before Google unveiled to the world it’s mind-blowing smartphone—namely the Pixel and the Pixel XL—the tech giant had been experimenting with the mobile industry through their Nexus phones with other companies. However, Google has decided to finally take over production and make its own mobile with the Pixel. It comes with the latest Android 7.0 Nougat, Snapdragon 821 quad-core processor and 4GB RAM, and Google Assistant, said to be the best virtual assistant there is. 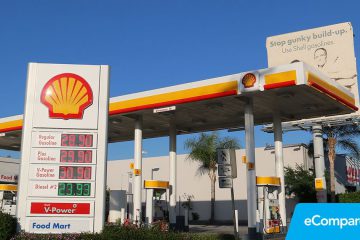 Why Do Gas Prices Vary From Station To Station? 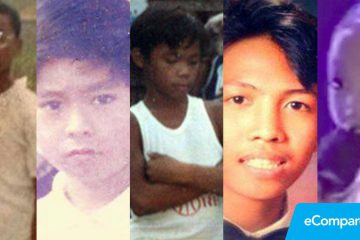