Will Solar Energy Become The Future Of Household Power In The Philippines?

Last year, the interest in commercial solar power went through the roof when Solar Philippines president and founder Leandro Leviste revealed that his company is involved in providing solar energy equipment to some of the biggest malls in the country, including SM City North EDSA. Leviste, the son of Senator Loren Legarda and Tony Leviste, is courting malls and other establishments to make the switch to greener electricity. With this in mind, will solar energy soon light up commercial and residential areas in the Philippines?

How does solar energy work?

To give you an idea on how it works, here is a simple step-by-step process on how solar energy powers a certain household:

Solar-generated power will be enough to power your household appliances by day, and will only consume electricity at night. Once installed, the only time your appliances will draw energy from utility companies is when the power produced by solar panels is not enough. Factors that can lead to less power produced are inclement weather and faulty panels.

The cost of solar power in the Philippines

The price of solar power solutions in the Philippines varies depending on the supplier as well as the desired output needed. There are different types of solar energy products available in the market. Some solar energy providers even go as far as offering packages based on the types of appliances that will consume energy. Some of the readily available solar power kits are the following:

These basic packages do not need complicated circuitry since the solar panels and the inverter need not to pass through the household’s circuit breaker. While these kits are cheaper than the others, they are not integrated to your home’s electrical circuit, thus making you ineligible to solar power-related incentives offered by utility companies.
Meanwhile, several solar power firms offer customized solar energy kits based on a household’s average electricity consumption. Packages start at PHP 180,000 and up, and these systems are integrated with the household’s electrical system.

Can we really save when we go solar?

Before solar panel kits became readily available to consumers, the loudest battle cry of solar energy supporters is clean and efficient energy. Since the generation of solar energy has technically zero carbon emission, it is one of the cleanest alternative energy sources today. Aside from the ecological impact of solar energy, it is also one of the most lucrative solutions to the ever-present energy problems our country is facing.

So how can a household save thousands of Pesos with solar energy? There are two schemes that allow solar panel households to save on energy: the net metering program and the peak/off-peak (POP) program.

With the net metering scheme, solar panel-equipped homes are allowed to consume only the power generated by solar panels during daytime. At night, they can switch back to consuming energy coming from the power company’s grid. With this scheme, they are only billed for the electricity consumed at night.

Meanwhile, the POP program allows solar panel households to avail of off-peak electricity rates at night, which is usually half of the daytime rates. Since they only consume electricity at night—when the energy demand is much lower—they are eligible to such lower rates.

With these two programs combined, people with solar panel systems can avail of maximum savings from their electricity bill.

While most solar panel installation companies are more than willing to apply for the said programs on behalf of their clients, customers may contact the Meralco Business Center to know more about the net metering scheme and the POP program.

At first, solar energy may require households to invest thousands of Pesos in solar panel systems. However, given the economic and environmental advantages offered by the said systems, going solar will definitely become more mainstream in the future and hopefully, the Philippines will become a forerunner in the region= when it comes to solar-powered homes. 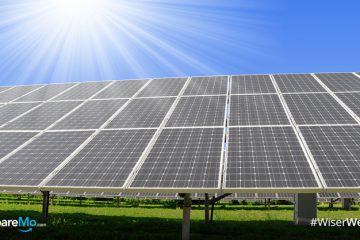 Will Solar Energy Become The Future Of Household Power In The Philippines? 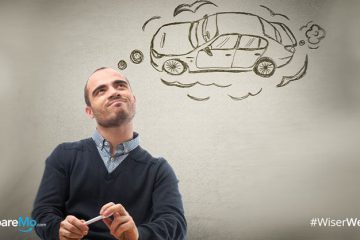 Planning To Get A Second Car? Ask These Questions First