What is the GameStop Fuzz All About? Here’s a Quick Explainer.

For the past few days, netizens have been bombarded with several news articles about a developing story involving a declining company, a Reddit sub-reddit, Wall Street, and billions of dollars.

Publicly traded video game retailer GameStop (NYSE: GME) suddenly has become the hottest commodity in the New York Stock Exchange right now, with its value skyrocketing to astronomical levels despite puddling in the mud for some time. But was it a fluke or was it by design?

Based on the sub-reddit r/WallStreetBets, looks like they’re responsible for it after all.

So why has everyone seem to have taken stock on this story? The answer lies with the abnormal circumstance and the Robin Hood-esque narrative that continues to unfold.

What happened so far?

It all started when so-called amateur day traders and memers on the sub-reddit thread called Wall Street Bets (r/WallStreetBets) set their sights on GameStop. They’ve noticed that since GameStop has been down in the dumps, it might be ripe for what is called “short selling”.

In layman’s terms, short selling involves investors betting on a stock failing or going down in value. An investor makes money in short selling by betting right that the stock will price will drop. Once the stock tanks, they will pocket the difference between the original price and the drop.

However, there’s a big risk involved: if the stock price rises, the short sellers will have to shoulder the difference between the original price and the pick up.

In this case, the short sellers include at least two big hedge funds worth billions of dollars. The bad news is: they bet wrong, which is what they call a “short squeeze”.

The “short squeeze” was caused by the same amateur day traders who bought shares of GameStop, increasing its value, and betting against the opposite of shorts.

This caused a double whammy event for the short sellers, who have to cover their losses and buy more of the stock–at the higher price. Eventually draining all of their funds.

Simply put: media coverage and the unique circumstances revolving this story. It’s already a big deal when a stock goes up almost 1000%, even more when its a company you don’t expect to grow.

Furthermore, some of the most influential people in business and social media started to chime in on the fiasco. For example: Tesla CEO Elon Musk, the world’s wealthiest person, tweeted out last Tuesday: “Gamestonk!” with a link to the r/WallStreetBets sub-reddit.

The Federal government also got in on the act when news broke that one of the short seller hedge funds began to ask for a $2-billion bailout. They’re also having inquiries on certain investment platforms that might be illegally prohibiting the trade of GameStop stocks without legitimate reasons.

Is it time for me to invest in GameStop stocks?

The move by certain investment platforms to restrict the trade of GameStop stocks has slowed down the pace of its movement. One of the short seller hedge funds also closed out of its short position.

What this means is “trade at your own risk”. By every conventional measure, its share price is wildly inflated and therefore extremely risky for whoever owns its shares.

How does this end?

Based on history, everything normalizes and averages out. 13 years ago, Volkswagen was in the middle of a very volatile trade scenario that made them the most valuable company in Wall Street. But their stock price settled back eventually.

A trend has also began to develop. This thing started by the Wall Street Bets redditors started a huge wave that’s being copied by other amateur day traders on other struggling companies in the stock market.

It has to be said though, that these cases can play out over an extended period of time. From the looks of it, the end is not yet in sight given the sudden influx of activity on trading in the stock market. 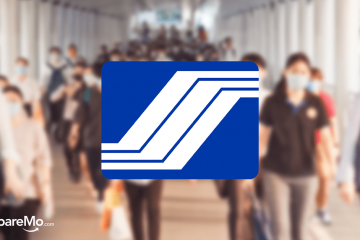 How Does the New SSS Contribution Increase Affect Us? 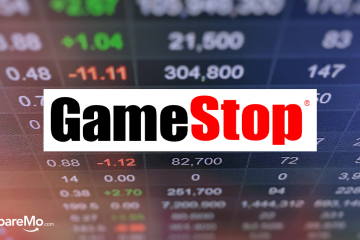 What is the GameStop Fuzz All About? Here's a Quick Explainer.