What Happens To Your Debts After You Die?

As this pandemic continues, it’s hard not to reflect on our own mortality. We have built our lives up to amount to something and most of the time that entails several obligations–some of which might include taking on debts.

Ahead of Undas, we answer the question: In the Philippines, what happens to your debts after you die?

“But in this world nothing can be said to be certain, except death and taxes.”

This famous adage was penned by one of the founding fathers, Benjamin Franklin, in a letter discussing the new Constitution, legitimizing the birth of the United States as a sovereign nation. Ever since then, this line has been quoted again and again as a description of the reality of living.

Truly, it couldn’t be any further from the truth: The natural conclusion of every birth is death and the circle of life begins anew.

It’s not an unusual thing to ask. When you think about it, it’s not too farfetched nor morbid to think about this question once in a while. Trying to figure this out might prove to be practical and even responsible, especially for the loved ones you’ll eventually leave behind. Getting the proper answer to this question can set your loved ones up in a better situation once you’re gone.

So if you find yourself asking the same question, here’s what happens to your debts when you die.

Your debts will outlast your natural life

According to Article 774 of the New Civil Code of the Philippines:

“Succession is a mode of acquisition by virtue of which the property, rights, and obligations to the extent of the value of the inheritance, of a person are transmitted through his death to another or others either by his will or by operation of law.”

In Article 776, another connection is made to the definition of inheritance:

“the inheritance includes all the property rights and obligations of a person which are not extinguished by his death.”

These all mean one thing: When you die, your debts will outlive you to a certain extent. Anything you’ve built up when you’re living, whether assets or liabilities, gets passed on according to law. That is why we have a section in our Civil Code that addresses inheritance. The question now is: Who or what inherits the debt?

Who will inherit your debts when you die?

Thankfully, any outstanding debt that was left behind at the moment of your death is put against your estate (everything you own or is rightfully yours until the time of your passing), not your heirs. It is also determined by law that debts should be paid first before the rest of your assets get distributed accordingly.

However, a provision in the Family Code of the Philippines under the Rules of Court and Commonwealth Act No. 141 can protect some of your important estates like your home from claims due to unpaid debt. This why drafting a last will and testament with the help of a legal counsel is important.

How about my debts with a co-maker and guarantor?

According to the New Civil Code of the Philippines, a mutual obligation requires a co-maker to assume the obligation of the outstanding debt, at a set amount or portion written under contract, should the principal borrower default on his/her loan for whatever reason. But if the contract states no specific amount or percentage, it is assumed that the co-maker is willing to pay for half of the outstanding debt.

So when you die, any debt obligation you leave behind that has a co-maker in it is going to be assumed by the co-maker, albeit only a portion of the outstanding debt.

It’s different in a guarantor’s case. A guarantor, as defined, is a person or organization that provides a guarantee that you can pay for your debt by vouching for you using their own assets. This means that a guarantor’s assets will serve as collateral in case the borrower defaults or dies.

Therefore, claims for an outstanding debt with a guarantor will be levied against the guarantor first after you die. The guarantor can then collect from your estate afterward.

Perhaps it’s kind of relieving that your family won’t be inheriting your debt once you die. But it can be problematic once the chickens come home to roost. Any kind of asset that isn’t protected under the Family Code can be claimed by creditors and your heirs will be left picking up the pieces left after collection.

So while you’re living, do your best to build your wealth wisely so you can leave a good memory and a better situation for your loved ones. 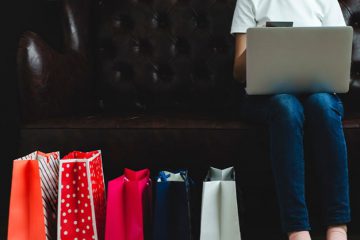 How To Stop Impulse Buying: Stay Away From Non-Essential Purchases With This Simple Tip 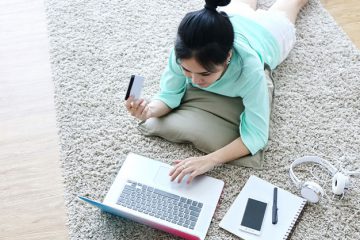 What Happens To Your Debts After You Die?