What Can We Learn From The ‘Otso’ Plate Road Rage Incident?

In the videos circulating on Facebook and other social media platforms, the said sports utility vehicle (SUV) was harassing the victims while driving.

In one of the videos, the suspect was seen punching one of his victims while the latter was still in his vehicle. Although the suspect has already been identified and arrested by the authorities, there is a bigger issue here: t he assailant was driving an SUV that sports a No. 8 protocol plate.

To the uninitiated, the No. 8 protocol plates are only reserved for the esteemed members of the House of Representatives.

Incidents are not new to Filipino drivers. What is the real deal with these protocol plates and what can we learn from this recent incident involving one?

In 2005, former President Gloria Macapagal-Arroyo issued Executive Order No. 400. According to the directive, the following low-number plates shall be issued to their corresponding officials:

Why did the former President issue special plates for politicians in the national arena? To give you a bit of history here’s what happened prior to Arroyo’s decision.

During the time of former President Carlos P. Garcia, he issued two directives regarding the use of protocol plates: Executive Order No. 287 in 1959 and Executive Order No. 387. However, former President Ferdinand Marcos revoked the aforementioned acts through another executive order, complete with a stern warning to “anybody caught using low plate numbers will be subjected to disciplinary action.”

Before Arroyo revoked the Marcos-era revocation, there was a proliferation of “8 ” among private citizens. According to a report by the Philippine Star back in 2004, any citizen could get a low-number plate—for a price. The abuses tied to the said plate number prompted the former president to issue Executive Order No. 400.

In addition to the standardization of protocol plates, Arroyo also limited the number of plates official can get.

For instance, privileged government officials can only get two sets of plates. This was bolstered by the Department of Transportation’s Department Order No. 2015-013, limiting everyone from having more than two sets of plates except for the president and vice president. The highest government officials can be assigned with a maximum of four pairs of low-numbered plates.

Going back to the FJ Cruiser incident, the driver has been caught already and charged with less serious physical injury.

In addition to the said criminal charges, the Angeles City police will also go after the driver because he hid in his car while being arrested. Unfortunately, the infamous road rage guy is not behind bars because he posted .

Aside from the road rage suspect just getting a slap on the wrist, one question still remains: where did he get his protocol plates? He wouldn’t name the lawmaker who either owns the FJ Cruiser or the plates. So, what happens next?

According to House Majority Leader Rolando Andaya Jr, congressmen who will give their plates to people who are unauthorized to use special plates can be slapped with penalties.

“Violation of this prohibition shall result in the revocation of the herein granted privilege, the confiscation of the protocol plates, and the imposition of a penalty as provided by existing laws,” said the DOTr Department Order No. 2015-13.

What are the penalties that await those who are caught sporting illegal protocol plates? The Republic Act No. 4136 or the “Land Transportation and Traffic Code” states that “no person shall falsely or fraudulently represent as valid and in force any driver’s license, badge, certificate, plate, tag or permit issued under this Act which is delinquent or which has been revoked or suspended.”

Under the law, illegal transfer of plates is considered an offense. On top of the confiscation of the vehicle, violators also face a stiff penalty of P10,000. As for the lawmaker found guilty of giving away his protocol plates, he will lose the low-number plate privileges and face some penalties, as well.

The same also applies to people who cover their true license plates using commemorative plates. The government says that the proper way to display a commemorative plate is on the right or left side of the regular plate. Meanwhile, they can only be placed in front of the vehicle and commemorative plates on the rear side are strictly prohibited. Finally, these are only valid for a year, so don’t bother snaking through the number coding scheme.

Don’t you find it sad that some people have to resort to getting such plates just to feel powerful? 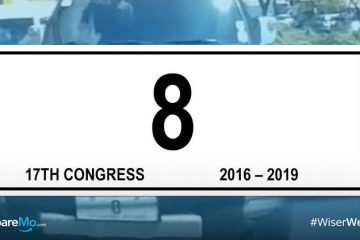 What Can We Learn From The 'Otso' Plate Road Rage Incident? 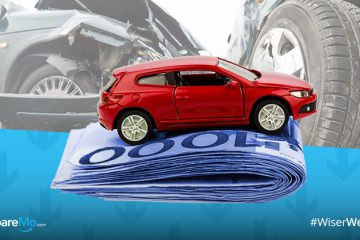 How To Lower Your Car Insurance Premium In The Philippines 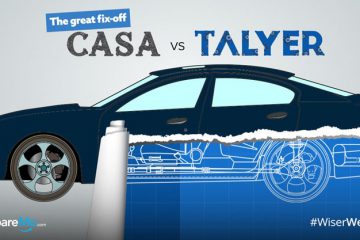