After getting that much-awaited signature from President Rodrigo Duterte last December, the Tax Reform Acceleration and Included (TRAIN) Act became the law of the land last New Year’s Day. Dubbed as the government’s Christmas gift to the Filipinos, the said law will amend the 20-year-old tax code to keep up with the Duterte administration’s massive infrastructure program.

Despite the massive coverage by the media, there’s still confusion about the new Tax Reform law. If you’re still puzzled on how the TRAIN will affect your life, here are some of the things that will happen once the new tax law becomes fully implemented.

When will it take effect?  January 15 (or whenever your next payday is)

To make sure payroll managers are updated before the next payday, the Bureau of Internal Revenue (BIR) finally released the table for withholding tax. Although the TRAIN law stipulates how much the taxes will be for different income schedules, the BIR was the agency that issued the withholding tax table below:

Comparing the new tax table with the currently used version, which was issued in 2009, the most obvious difference aside from the new tax schedule is the absence of exemptions for dependents of married individuals .

In the old tax table issued by the Department of Finance, individuals with qualified dependents can register up to four dependents for an amount of P25,000 each.

The next revision of the tax schedule will happen in 2022, which is expected to further lower the tax rates of the Filipinos by that time.

The Package One of TRAIN will now slap fuel prices with excise tax, news of which prompted people to rush to gasoline stations in fear of the price hike. However, the per-liter additional tax of P2.50 on diesel, P1.00 on LPG, and P7 on gasoline shouldn’t affect the prices fuel yet.

According to the Department of Finance (DOF), petroleum companies shouldn’t increase their prices with their current products since they’re selling old stock and doing so might be considered profiteering by the government .

This week’s price hike, contrary to what the rumors say, is due to the decreasing supply of crude oil from the members of the Organization of Petroleum Exporting Countries and an explosion of crude pipeline in Libya.

With the excise tax on fuel finally happening, different parts of the transport industry are already clamoring for fare hikes. Transport network company Grab announced its plan to file a petition to the Land Transportation Franchising and Regulatory Board (LTFRB) to increase its fare from six to 10 percent, which translates to around P10 to P13 increase in fare.

Meanwhile, jeepney drivers want their minimum fare to be raised to P12. Taxi operators, through the Philippine National Taxi Operators Association, are looking into filing for a petition to increase their fare by P16 per kilometer.

When will it take effect?  A few days after January 1

Filipinos previously dreaded the additional taxes levied on milk and instant coffee, which are some of the most consumed commodities of the average Juan. However, the final bicameral version President Duterte signed saw the absence of taxes on said products.

However, other beverages will still see a rise of P6 per liter on drinks using sugar and artificial sweeteners and P12 on high-fructose corn syrup-laden drinks. This can raise the prices of softdrinks and energy drinks, which are sold mostly through sari-sari stores, by P2 per 300ml bottle . The excise tax on sugary drinks is expected to hit small stores.

In a report by ABS-CBN News, one S&R branch posted a sign saying that the membership supermarket chain will no longer serve free-flowing soda starting January 1. In the same article, Senator JV Ejercito said soda manufacturers shouldn’t raise the prices of products manufactured before January 1.

An InterAksyon article reported the following “suggested retail prices of the supplier”: 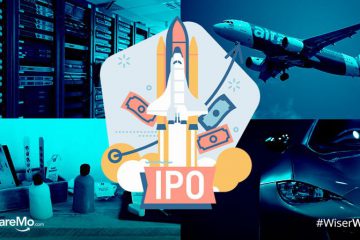 If You Really Want To Save Money, Avoid Making These Monthly Excuses