For kids and teens who grew up with animé, Japanese toys and gadgets, sushi, and everything kawaii, Japan remains a popular destination among many Filipinos.

Thankfully, the Land of the Rising Sun doesn’t come short of colorful, jaw-droppingly Instagrammable places. In this edition of Steal My Itinerary, we talk to Kevin Oliveros, 26, a Senior Software Developer in Makati, who shares his eight-day Japan itinerary on his solo trip.

Why this travel route? I set my itinerary in a convenient order — Kyoto—Osaka—Gifu, from Nagoya airport. Number one on my Japan travel bucket list has always been Kyoto because it’s very historical, then the transition to Osaka is great because it’s a big city. Then Gifu is more on the provincial side, so I got a taste of both traditional and modern Japan.

[Editor’s Note: We took the liberty to translate Kevin’s stories in English, with his approval.]

My flight got delayed for one hour, so I wasn’t able to buy the pocket wifi I needed to get around. Having internet with me wherever I go was very important since I was traveling alone. I already bought it a week ahead via Klook, but my flight got delayed, so the store was already closed by the time I got there.

It was only my first night, but I already felt the nice vibe of the people. I stayed in a capsule room in Hotel Wasabi. It was pretty cool except that I didn’t get to sleep because of so much excitement.

I still can’t believe I’m already in Japan. I headed to Kyoto with zero sleep. I was that eager to begin my adventure.

The forecast said it was going to rain all day. So instead of following my itinerary, I just went to my side trips like Nishiki Market and Gion. It did rain all day, but I was still able to appreciate the sights and decided I’d just eat to my heart’s content.

Back on track! I was able to tick off the places I wanted to go because it wasn’t raining anymore. Since I couldn’t do much traveling on Day 2, I really made the most of this day and maximized my itinerary.

This is where I experienced the whole feeling of “solo traveling” for the first time in my life. That I was able to go to places without having to discuss it first with someone else, no waiting on others’ decisions on what/where to eat, or waiting for them to finish getting ready, etc.

After dinner, I went to this carinderia-style establishment beside my hostel for a beer. I sat down but because they don’t have an English Menu, I just asked the owner if they have a “Biru” (beer) and he answered, “Hai” (yes). I really appreciate the man’s kindness.

Even though I couldn’t speak Japanese and I wasn’t eating anything, the owner still found a way for us to communicate. He offered me a “Chikun karage” which I said yes to, and to return the favor, I Googled some polite phrases I can use, and I told him “Gochisosama” which means, ‘Thank You for the meal’. A small thing, but very happy moment for me because it made me realize that it’s not really important that you understand each other by language. If you both radiate good vibes and find a way to communicate, it will still work out. It just feels great.

I missed going to Fushimi Inari on this day, but I just planned to go there early next morning.

I woke up super early (5AM!) for Fushimi Inari, as planned. It’s open 24/7. I hurriedly climbed the 12,000 steps to the top of the shrine but got a bit let down that it didn’t meet my expectations. So many lessons learned that day.

After visiting Fushimi Inari, I headed to Osaka to meet my friend. Osaka was a breath of fresh air for me because the people there were so much more free-spirited than Kyoto since it’s already a city. I mean Kyoto is also a city, but I would say Osaka is a bigger city than Kyoto.

My friend and I went to Osaka castle and explored the place. After that, we went to Dotonbori to go on a food trip and just walked until it got late. We went back to my hostel and hung out with fellow travelers. Good times.

Universal Studios!! I felt like a kid again. And it felt good to be with other people who also felt like kids again. No judgments. Just pure fun. For instance, I saw a group of friends wearing a banana costume and having a grand time while going around the place.

This was where I let myself go in terms of budget. I bought a lot of stuff, even the expensive ones because they were really worth it. The Harry Potter ride was awesome, and I had this nostalgic feeling the entire time.

After Universal Studios, my friend and I went back to my hostel to leave my stuff. We walked to Shinsekai, our last stop for Osaka. We got food and beer. Their specialty there is Kushikatsu, skewered fried foods— a variety of meat, seafood, and vegetables.

We took a three-hour train ride to Gifu. My friend paid for our ramen set lunch when we got there. Their servings are really big, and it was very satisfying. We just went around the city of Gifu, met with my friend’s family, and ate some more.

We checked out some night spots, too. In one club we went to, I got so amazed by how the Japanese maintain respect and proper decorum even in the most obscure of places. Needless to say, it’s another lesson I took to heart.

Strolled all day around Gifu with a bike I borrowed from my friend. Went to Sunomata Castle but it’s closed on Mondays, so I just took some photos of the exterior.

It was also at Gifu where I tried the sushi on a conveyor belt type of food service for the second time. I just had to do it again. I was really entertained and happy that I only got to see this on animé, but now it’s real and it’s right in front of me.

Didn’t do anything but spend time with my friend all day and made plans for when he’s coming back to Manila. Did another food trip at konbini, where they got a lot of good selection of food that I’ll surely miss. Amazing Freebies And Discounts You Can Get On Your Birthday 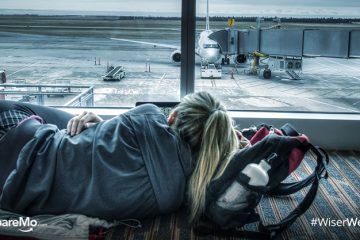 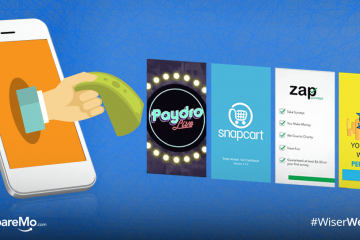