On July 23, Filipinos tuned to their televisions and online streaming sites to watch President Rodrigo Duterte’s 2018 State of the Nation Address (SONA). Unlike last year, the chief executive stopped himself from cussing and veering from the speech he prepared for the entire country.

Yesterday’s national event quickly became the talking point of every home, as well as the subject of numerous memes and parodies.

The President raised some interesting points this year. But first, let’s do a quick check on the promises he made last year:

At last year’s SONA, Duterte noted policies he wanted to happen immediately. Among them:

The Duterte administration made good with some of its promises during last year’s SONA, especially when it comes to the tax reform law.

What are the new promises we have to we should keep an eye out for this year? Here are some interesting points from this year’s SONA.

On doing business in the Philippines

I thank Congress for the swift passage of the Ease of Doing Business [Act], which is a significant fight against corruption and improving service delivery. We need to sustain our momentum. And I hereby direct all local government units and government agencies to faithfully implement this law and simply simplify the process. Hinihingi ko ho ‘yan sa lahat nasa gobyerno under my control and supervision. Huwag ho kayong magkamali.

Last May, President Duterte signed Republic Act 11032 or the Ease of Doing Business Act of 2018. The purpose of the law is to address the problems that remain unsolved by the Anti-Red Tape Act and make businesses more competitive by cutting all the fluff in starting one.

While RA 11032 has only been a law for two months, the President wants every government agency to “faithfully implement this law and simply simplify the process.”

It is for this reason that we are continuing to work with the host nations to ensure the welfare of our countrymen. I appeal to all host governments to help us, as true and dependable partners, in this endeavor.

According to the Overseas Workers Welfare Administration (OWWA), 196 Filipino migrant workers died in Kuwait in just three years, with a few recent deaths sparking national interest earlier this year. With Kuwait signing a deal to protect the welfare of the Filipino migrant workers in the country, the government is one step closer in making this dream come true.

To this end, I urge the speedy passage of the Universal Health Care Bill authored by Former Representative Harry Roque. Strong political determination, not political ambition, is the guiding light.

Before Harry Roque became the spokesperson for President Duterte, he once served as a lawmaker and drafted House Bill No. 318, which would create a framework for accessible universal healthcare for all Filipinos.

Now that President Duterte has certified it as urgent, the ball is now in the Senate’s hand to create a counterpart since the House of Representatives was already done with the final hearing.

Our campaign against Endo has resulted in the regularization of more than 300,000 workers as of early this month. On May 1 of this year, I signed Executive Order 51, which sought to protect the workers right to security of tenure.

Read my lips: I understand that this does not satisfy all sectors. I share their sentiment; I truly do. Much as I would like to do the impossible, that power is not vested upon me by the Constitution. And neither will I make both ends meet even if I violate the laws to achieve that purpose. Simply, it is not part of my territory.

That is why I add mine to their voices in asking Congress to pass legislation ending the practice of contractualization once and for all.

Last May, Duterte signed Executive Order 51, prohibiting illegal labor contracting in the country. While this gave hope to Filipinos who have to suffer from contractual work, the President admitted that the EO had no bite at all. However, this might change in the future with him instructing the Congress to create a long-term solution to put an end to this cruel labor practice once and for all.

We shall lower interconnection rates between all industry players. Not only to lessen the cost to the consumers as it will also lower the costs [for the] incoming player to access existing networks, [thereby creating] a market environment that is more conducive to competition. This is a policy which is crucial to ensure that our solution to our telecommunication problems will be both meaningful and lasting.

Bringing a new player to the telco game has always been on Duterte’s sights since he came to office. Aside from the pursuit for a new player to enter the “well-entrenched” PLDT-Globe duopoly, the National Telecommunications Commission (NTC) successfully lowered the interconnection rate for both SMS and voice calls. As for the new player, the government hopes for it to finally become fully operational starting next year.

As I had stated last year, we must learn from the experiences from the super-typhoon Yolanda, and other mega disasters, and from global best practices. We need a truly empowered department characterized by a unity of command, science-based approach and full-time focus on natural hazards and disasters, and the wherewithal to take charge of the disaster risk reduction; preparedness and response; with better recovery and faster rehabilitation.

Hence, we, in the Cabinet, have approved for immediate endorsement to Congress the passage of a law creating the “Department of Disaster Management”—an inter-agency just like FEMA.

Just last week, parts of the Philippines were submerged in floodwater after typhoons Inday and Josie brought torrential monsoon rains on the country. The Philippines is prone to such phenomena, and this can affect the lives and livelihood of Filipinos. An agency responsible for disaster management and prevention that is directly under the President will soon emerge.

Package 2 will lower corporate income taxes, especially for our small businesses. Lower taxes mean they will have more money to invest and create more jobs. More than 99 percent of our businesses are micro, small, or medium enterprises (MSME) and employ around 65 percent of our workers. The enactment of the Package 2 is what stands between today and millions of jobs in the near future.

The next stops for the TRAIN law are Packages 1B and 2. The latter, which is still being crafted by the Congress, aims to make Philippines more attractive to investors, both foreign and local.

As a country with one of the highest corporate tax rates in the region, the Philippines aims to lure more businessmen to set up shop in the country, especially in our business zones, thanks to Package 2 of the TRAIN Law.

What points from the 2018 SONA interest you the most? Share them in the comments. 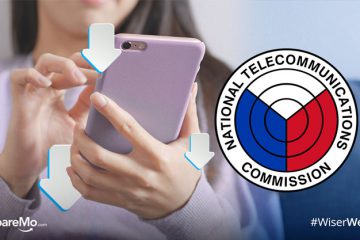 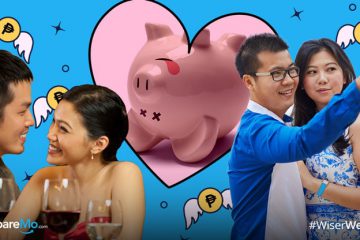 5 Things That Are Costing You And Your Partner Serious Money 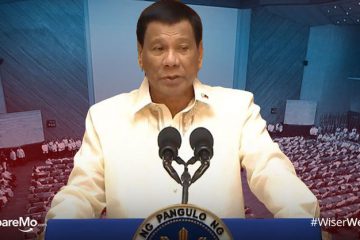