We can all agree that for Filipinos to break the cycle of terrible driving habits, road safety education should start in the formative years. For adults to become better drivers on the road, they should be taught early on about it in school. Turns out, a member of the House of Representatives shares the same sentiment.

Nueva Vizcaya Representative Luisa Lloren Cuaresma filed House Bill No. 8761, which will include “road use, etiquette, and safety education in the curriculum of the enhanced basic education (K to 12) program” that aims to make Filipinos better drivers, passengers, and pedestrians.

Also known as the Road Safety Education Bill, the proposed law aims to strengthen road education in the Philippines by integrating them in the education curriculum, a measure desperately needed by Filipinos to make our roads safer and more convenient.

“It is intended to inculcate the value of human life and proper use of roads during the formative years in order to develop discipline and concern for others among our citizens. This, in turn, is envisioned to contribute in improving our traffic situation and lessen road accidents,” Cuaresma said.

Under the Road Safety Education Bill, the Department of Education (DepEd) will include road safety lessons in various K to 12 subjects. The road safety classes will be based on the guidelines from the 1968 Vienna Convention on Road Traffic, local traffic laws, and generally accepted practices for all road users.

In other countries, road safety education is part of their government’s policies to mold disciplined road users as early as their formative years.

In Australia and New Zealand, lessons on risk prevention and road education are supported by both governments and private entities to make children inclusive in making their roads safer for everyone. This, in turn, translates to better drivers, commuters, and pedestrians when they grow older. Modules for various age groups are supplied by the government to help educators instill proper road behavior to children.

For instance, the Australian state of Victoria offers a wide variety of resources depending on their age group. Secondary school teachers are expected to introduce their students to issues young drivers face like speed limits, driving under the influence, peer pressure, and driving distractions. With a better-educated population, Australia is one of the countries where road fatalities are relatively low.

Last December, the Supreme Court issued a temporary restraining order (TRO) to the primary injunction issued by the Mandaluyong Regional Trial Court against the operation of motorcycle ride-hailing company Angkas.

With the TRO in place, law enforcers are once again free to crack down on drivers and passengers who not only use the service but also take advantage of off-the-books operations such as –. To add fuel to the fire, the crackdown happened weeks before the dreaded Christmas Carmageddon.

One month after the TRO, it seems like the Department of Transportation (DOTr) has finally listened to the qualms of commuters who are tired of limited transportation options. Although no promises have been given, Transport Secretary Arthur Tugade created a technical working group (TWG) that will study the suitability of motorcycle taxis in the Philippines.

According to Tugade, the TWG will study the appropriateness of motorcycle taxis in the Philippines as well as the standards should they become legal. These standards include the proper type of motorcycles, the minimum displacement, travel speed, routes, safety requirements, safety training, and accountability of companies in case of an accident.

“We understand that a number of Filipinos patronize motorcycles as public transport, but we should remember that there is a law against this, and the Supreme Court has issued a TRO. The law is the law, and the executive will not be the first to break it,” said Tugade in a statement.

“But we at the DOTr know how to listen. So even if the SC has yet to issue a final ruling, we are already forming a TWG to study the prospect of motorcycles serving as public transportation,” he added.

Currently, motorcycle taxis like Angkas drivers are not allowed to operate as public transport as per the 50-year old Republic Act No. 4136, or the Land Transportation and Traffic Code.

This won’t be the first time a government agency will work with various sectors to address the challenges in the transport sector. In 2017, the Land Transportation Franchising and Regulatory Board formed a TWG to solve the regulatory issues on transport network companies (TNC) like Grab and now-defunct Uber. The discussion between all stakeholders resulted in the government allowing TNCs to operate as public transport. 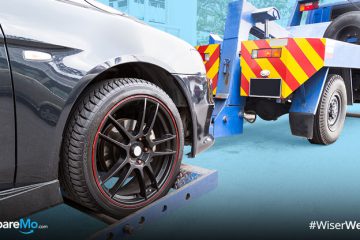