On RA 4136 And Road Incident Accountability: Do We Really Have Unfair Bias Against Drivers Of Bigger Vehicles?

It seems like Congress has been working double-time on the matter of fair investigation and accountability on road incidents and traffic violations, with two similar bills—RA 4136 and House Bill 1987—being deliberated on the floor.

Now a technical working group is assigned to consolidate details of both bills in order to come up with a single solid and bulletproof proposal that tackles the same issues.

While this may not look important in the situation we’re in right now, road incident accountability has been a hotly contested issue that has been discussed in every circle for years now. Ask any user of the road and they’ll offer you a piece of their mind regarding the matter.

However, is there any basis for all of this? Shouldn’t the one/s at fault be determined justly after a thorough investigation and be held liable? Apparently, not in every case.

One of the arguments laid down for the proposal of both bills was a recent incident that involved a truck driver and a motorcycle driver who lost his life. Given such these details, you probably have a mental assumption of what might have happened. And you might be wrong.

This is the case of Teddy Gotis, a truck driver who was arrested and detained when an intoxicated and minor-age motorcycle driver struck his truck, with no helmet on. Even with this information, Gotis was still presumed to be at fault because the current law is open to interpretation.

One of the authors of the proposed bills, Batangas 1st District Rep. Mario Mariño, used this precedent to stress the relevance of the bill in his privilege speech.

“It has merely been the practice of law enforcers to presume the culpability of a driver of a bigger vehicle,” Mariño said. “In practice, police officers arrest, detain, and charge drivers who only appear to be at fault but are not factually at fault. Clearly, the problem lies not only in the law but also in the application of the law. Thus there is needed legislation to provide proper evaluation and investigation by police authorities of the circumstances and evidence relative to road crashes in order to ensure that erring drivers/individuals—not innocent drivers—are held accountable.”

The reckless driver, as defined by RA 4136

Right now, the provision of the law that tackles road incidents directly is Article 5, Section 48 of the Republic Act No. 4136—otherwise known as Reckless Driving.

In it, a reckless driver is defined as a person operating a motor vehicle on any highway recklessly or without reasonable caution considering the width, traffic, grades, crossing, curvatures, visibility, and other conditions of the highway and the conditions of the atmosphere and weather, or so as to endanger the property or the safety or rights of any person or so as to cause excessive or unreasonable damage to the highway.

While this may provide meaning, it is too general and quite vague to base proper assumptions on, especially on cases like the ones we mentioned above. That’s why under Rep. Mariño’s House Bill 899, the accountability will be expanded in the following instances:

Read: Top Car Insurance Companies In The Philippines This 2020

The victim, as defined in House Bill 1987

Running parallel to this is Rep. Siao’s House Bill 1987, where no presumption will be automatically assumed if:

If passed, these definitions on the bills will be ingrained to the constitution, making the law more fair and more just. There wouldn’t be automatic assumptions of who is at fault whenever road accidents and mishaps happen.

The real perpetrator will be held liable by the letter of the law—which is right because under our democracy, everyone should be considered innocent until proven guilty.

Some might think that this gives too much leniency toward drivers. But there are enough laws and regulations to keep the road safe if they’re followed to the tee.

However, this new proposal will expand accountability to all users of the road, whether you’re a passenger, driver, or a pedestrian. On RA 4136 And Road Incident Accountability: Do We Really Have Unfair Bias Against... 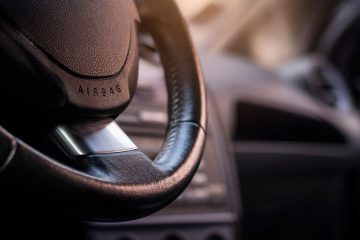 6 Car Safety Features That Can Also Put You At Risk 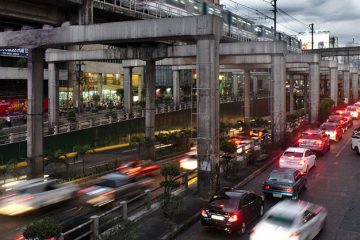