A study written by graduate students of the University of Toronto found out that people can tell if another person is rich or poor by simply looking at their faces.

According to researchers Thora Bjornsdottir and Nicholas Rule of the university’s Faculty of Arts & Science , people are unaware that biases are in play during activities such as job hiring or even making friends.

“It indicates that something as subtle as the signals in your face about your social class can actually perpetuate it,” said Bjornsdottir, whose study was published in the Journal of Personality and Social Psychology. “Those first impressions can become a sort of self-fulfilling prophecy. It’s going to influence your interactions, and the opportunities you have.”

Researchers have already established that a person’s social class can be hinted through numerous visual cues. Whether it’s someone having a penchant for flashy clothing or the choice of words they use when interacting with others. However, having a face that says you’re filthy rich or dirt poor is another level.

To understand the connection between someone’s face and his socioeconomic status, the authors of the paper collected photos of 80 Caucasian men and 80 Caucasian women. They were categorized into two groups : those who are considered upper class by having an annual salary of $150,000 and lower class with an annual income of $35,000. The said photos were rendered in grayscale and all subjects in the photos had no tattoos or piercings shown.

(Read : Old Rich Vs. Nouveau Riche: Which Kind Of Wealthy Are You?)

Meanwhile, they garnered another group of subjects from a multitude of ethnicities and background to look at the photos . Upon looking at the photos of the other subject group, they were asked to guess the social class of the people.

Using only their intuition, the respondents were able to correctly guess the socioeconomic categories of the subjects in the photos 68 percent of the time. The researchers pointed out that the percentage of respondents correctly matching people with their social class is higher than random chance.

“What we’re seeing is students who are just 18-22 years old have already accumulated enough life experience that it has visibly changed and shaped their face to the point you can tell what their socio-economic standing or social class is,” said Rule.

While people may be able to correctly guess other people’s socioeconomic status by only looking at their faces, they can only do so if the face shows no emotion at all. According to Rule, “Over time, your face comes to permanently reflect and reveal your experience.”

To understand how “relics of those emotions” work, here’s an example. An adult who has been struggling financially since he was young would likely have a default frowning face because due to stress and anxiety. Due to repeated expression, a person’s skin will fold the same way.

More than a pretty face

Bjornsdottir and Rule may have established the connection between a person’s neutral face and social status. However, there are other cues that can indicate where he stands financially. Beyond a person’s bank statement, people can instantly size you up by conveying these social signs.

Michael Kraus from the Yale University School of Management found that a person’s first few spoken words can tip off people about his social status. By asking people from various backgrounds to say seven words, respondents were able to identify if they belong to upper or lower classes.

Another study by Kraus and Dacher Keltner of the University of California, Berkeley concluded that there is a connection between socioeconomic status and body language. Based on their research, people from the upper social tier would exhibit more disengagement-related behavior such as eye aversion, head slightly turned away, and pursed lips.

Not only are physical and verbal cues indicative of someone’s financial standing. In a report published by the Harvard Business Review, even how you word your resume can give people a hint about your financial background.

After testing the hypothesis on corporate law firms and practitioners themselves, the researchers found out that they would rather select the ones who have a seemingly wealthy background to fit with “the culture and clientele of large law firms.”

(Read: This Is How Much ‘Luxury’ Items Are Worth In The Eyes Of A Filipino Billionaire)

Your financial status may be pretty apparent through your resting rich face. However, there are many other ways your financial health can manifest. If you’re getting mentally worked up over money problems, your physical appearance will still have a tell no matter how hard you hide it.

The relationship between stress and physical has long been established—and becoming stressed out over money can make you look bad. In one of our previous articles, we’ve highlighted that money problems can lead to stress and further impaired financial decisions. This creates a feedback loop that will pin a person stuck in a cycle of debt and poor financial health.

According to financial planner Laurent Dionisio, worrying about your finances more instead of finding ways to get out of the rut can keep you in the same position.

“Bear in mind that the emotional and physical strain of worrying is not the solution to your financial problems. If you can’t have the control of your finances at the moment, the way you respond to your problem is within your control,” Dionisio said.

Stress can negatively alter your physical appearance. According to GQ, some of the visible effects of stress in your body include accelerated aging, bloated eyes, hair fall, premature gray hair, and acne breakout, among others. 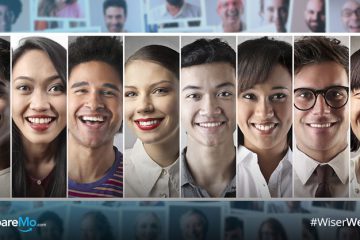