How To Protect Yourself From Identity Theft

Amid the supposed proliferation of fake Facebook accounts in the Philippines, how do you protect yourself from identity theft?

In this culture of oversharing, we put a scary amount of data out there and, sometimes we forget that some things are better hidden from public eyes and the cloud. Don’t be surprised if, in the future, an artificial intelligence can create a simulacrum of us a la Black Mirror.

But enough about near-future technophobic episodes; there are actual real threats we have to worry about—like fake accounts and stolen identities.

The threat is real, and almost all Filipinos are afraid of having their information used without their authorization. According to the 2017 Unisys Security Index, 93 percent of Filipinos are concerned about identity theft. In fact, it’s the biggest fear of Filipinos in terms of their security along with natural disasters.

In what ways can identity theft damage you and how can you protect your your personal information online?

Identity theft in the Philippines

In a nutshell, stolen identities pertains to the intentional use of one’s personal details, usually for monetary gain or criminal activities at the expense of the victim. Most of the time, identity thieves pose as their victims by obtaining sensitive information such as names, social security numbers, identity cards, and credit card information. Some of these crimes go undetected for a very long time.

In the old days, identity theft was merely confined to the thieves creating credit cards under your name and maxing them out, leaving you with a heaping pile of debts you don’t even know about. However, criminals have evolved with the times.

Just recently, social media was abuzz with the proliferation of fake Facebook accounts. People were quick to look up their names and found dubious namesakes on the social media platform.

Aside from the financial damage it can possibly cause you, having your identity stolen can also damage your reputation. Worse, your name might end up implicated in various criminal activities and cause you massive inconvenience in the future. Of course, it will take some time and effort to prove that you haven’t done the things accused to you.

Identity theft is a cybercrime and not one that should be taken it lightly. According to the Department of Justice’s 2014 annual cybercrime report, nine percent of the cases their agency handled were about people whose identities were misused by criminals.

Fake FB accounts in the Philippines

What harm can Facebook posers do to you? Let’s think of the worst-case scenarios.

Once a scammer has your sensitive details, they can resort to various cybercrimes. A breach in your security online can result in the following:

(Read: What Filipino Cardholders Can Learn From The Equifax Hack In The US)

The best protection from identity theft

The threat of identity theft is very real, and the consequences are more even more terrifying than what you think. It goes way beyond fake Facebook accounts bugging your friends and family.

Fortunately, you can lower the risks of criminals misusing your personal details. We’ve listed a few tips on how to actively protect you and your information in the face of threats:

Are you a victim of cybercrime? Report your complaint to the Department of Justice by emailing cybercrime@doj.gov.ph. 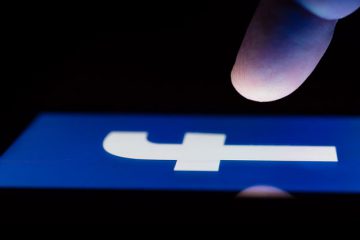 How To Protect Yourself From Identity Theft