What does it mean to be poor in the Philippines nowadays?

Well, according to the Philippine Statistics Authority (PSA), a family of five would need at least P10,481 to cover the basic costs of living, including food and non-food needs every month. Within the said amount, no less than P7,337 would be required to by the same family just for food subsistence.

The said amount, also known as the poverty threshold, is what the government uses to gauge if a Filipino household is deemed poor. In comparison, this is higher by 10.9 percent than the amount needed by a in 2015, which was P9,064 on average.

Despite the rising costs of subsistence among Filipinos, the government believes that poverty incidence in the country has dropped. From the first half of 2015, the rate of poverty incidence has dipped from 27.6 percent to 21 percent during the same period in 2018.

The National Economic and Development Authority (NEDA) said that the 6.6-percent drop in poverty rate in the Philippines can be attributed to the sustained economic development and reforms undertaken by the Duterte administration.

In a statement by Socioeconomic Planning Undersecretary Adoracion Navarro, she said that the decrease in poverty came as the country faced economic hurdles such as overheating economy and declining foreign investments.

“Over the course of three years, we can see that poverty decreased substantially—down by 6.6 percentage points—thanks to sustained economic growth and critical and broad-based reforms and investments that have translated to employment generation and social protection,” she said in a statement.

Factors that contributed to the decline in poor families

In a nutshell, Navarro believes that the following factors contributed to the decline in the number of poor families in the country:

While the numbers seem to be good news, Navarro said that the government is still waiting for the statistics for the second half of 2018 to figure out if the administration is on its track to meet the goals in its Philippine Development Plan until 2022.

“Overall, it is encouraging to see poverty continuing to decline as lives of Filipinos continue to improve. We hope to see robust economic growth and a growing labor market temper the effects of recent high inflation on poverty in the second half of 2018,” she said.

What about the rich? What will make you say that you’ve finally made it up there?

Bloomberg reported that private banks in the world have given their threshold on what “wealth line” should affluent people should cross to be considered rich in this day and age: $25 million. In the current exchange rate, it translates to the tune of P1.296 billion.

However, the business publication said that despite it being the benchmark around the world to be considered rich, passing the said marker will only make people belong to a class called the “economy-class rich.” What they deem as business class is $100 million and the ultra-luxe have a net worth of $1 billion.

For reference, a person with a $25 million net worth can sustain more than 120,000 families within the poverty line.

The country’s one-percenters, which can be found at Forbes’ “Philippines’ 50 Richest” are all above the wealth line. In 2017, Entrepreneur Philippines reported that there are 2,186 Filipinos who have a net worth between $10 and $50 billion dollars, which is just 0.9 percent of the country’s population. As the amount gets bigger, the number of participants who hold the wealth of the country will . 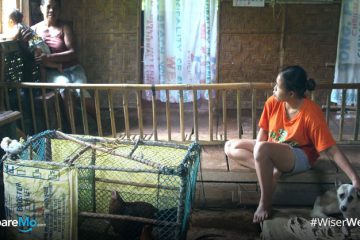 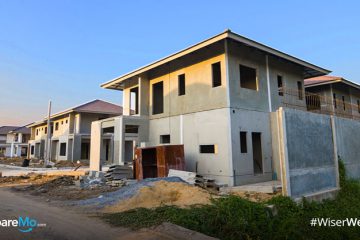