Forbes Asia has been scouting the Asia-Pacific region in search for 300 outstanding young leaders and individuals to highlight in their annual Forbes 30 under 30 Asia List for 2019.

It’s running on its fourth year and the 2019 list is the more inclusive and diverse so far. Honorees come from as far as Kazakhstan, Kyrgyzstan, Laos, and Mongolia and include tech startup founders, scientists, artists, athletes, entrepreneurs, and more.

All the names on the list were chosen for their contributions and the work they have done to cement a positive effect in their various industries, especially in developing and emerging markets.

China has the greatest number of honorees this year with 61, followed closely by India with 59. Japan came in third with 30 honorees while South Korea took fourth place with 28.

(Read: Meet The Inspiring Filipinos Who Made It To Forbes’ 30 Under 30 Asia)

Cubo is a system of modular bamboo homes that respond to Manila’s housing crisis. It was designed by Earl Patrick , a 23-year-old Manila boy who was inspired by the materials used on his grandparent’s rural home, bamboo in general, to produce a system of low-cost modular residences and help solve the housing problems in the Philippines.

Although the scheme has been designed for low-income communities particularly in Manila, the idea behind it can be applied to any city where bamboo can be grown, including most of the Southeast Asia region, and also parts of Africa and Latin America.

The company is also well-known for fast design and construction of bamboo houses which they can make in just 4 hours.

As per Forbes, the duo hopes that the company can tackle the shortage of accommodation in the Philippines with low-cost bamboo housing units.

With the tagline “Excellence meets sustainable living,” they offer a complete Natural Pet Care System made of 100% Neem and Jicama Aqueous Extract as its base, the first in its kind.

The brand has already opened two retail locations since it was established in 2016. One is in Manila and the other one is in Los Angeles.

(Read: These Millennials Will Inspire You To Be The Change You Want To See In The World)

Back in 2016, Kenn Costales left his job with the multinational conglomerate Proctor & Gamble to start his own company, Monolith Growth Ventures. 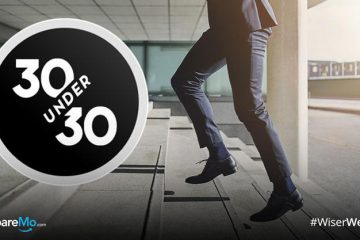