The government has officially proclaimed August 12, 2019, as a regular holiday to commemorate Eid’l Adha. Proclamation No. 789 states that August 12, Monday, will serve as an observance for Eid’l Adha or Feast of Sacrifice for Muslims in the country.

This is one of the two most holy days for Muslims all over the world and making this day a holiday allows Filipino Muslims to focus on commemorating it. For non-Muslim Filipino’s it gives them an extra day to relax and—in the case of 2019—a long weekend holiday.

In this post, we’re going to attempt to explain two things. For our non-Muslim readers, what is Eid’l Adha. And for every employed Filipino’s, what does having Eid’l Adha declared a regular holiday do to your paycheck?

What is Eid’l Adha?

To explain Eid’l Adha, we need to go back to another Muslim holy day, Eid al-Fitr. Last June 5, the country observed Eid al-Fitr, after it was announced a regular holiday with about the same one-week notice.

Eid al-Adha, or the “Festival of the Sacrifice” occurs about three months after Eid al-Fitr. It honors Abraham’s sacrifice of offering his son to Allah/God, and it also commemorates the end of the Hajj or the Muslim pilgrimage to Mecca, Saudi Arabia.

In the bible, the story of Eid’l Adha is the parallel passage in Genesis 22:2-19 where Abraham readily sacrificed his only son Isaac on God’s orders. Due to Abraham’s unwavering obedience, God honored his faithfulness and spared Isaac. It is seen as holier than Eid al-Fitr as it commemorates the ultimate test of faith for Allah. Muslims all over the world celebrate this day by sacrificing an animal.

Why are Islamic Holidays not announced right away?

Under Republic Act No. 9849, the religious holidays Maundy Thursday, Good Friday, Eid-al Fitr, and Eid’l Adha fall under “Movable Dates.” This explains why they are usually announced within short notice, even more so with the Muslim holidays.

The reason why the date of both of these Islamic holy holidays tends to fluctuate is that the Islamic calendar is a lunar calendar, while the Gregorian calendar, which most of the world uses is a solar calendar. Because of this, the Islamic holy days fall at different times according to the Gregorian calendar. The final arbiter of when they actually fall are made by local religious authorities who base them on observations of the new moon.

It was under the National Commission on Muslim Filipinos’ (NCMF) recommendation to Malacañang that Eid’l Adha be on August 12, Monday. This was decided to give Filipino Muslims “ample time” to celebrate Eid’l Adha.

Technically, Eid’l Adha begins August 11, Sunday but as Republic Act 9849 Section 2-c states, “If the holiday falls on a Sunday, the holiday will be observed on the Monday that follows,” for the “movable holidays,” in cooperation with NCMF, formerly known as the Office on Muslim Affairs (OMA).

(Read: Let’s Talk About August 21, Double Holidays, And Your Compensation)

If you’re one of the employees that have to go to work during a regular holiday as Eid’l Adha, know that it means double the day’s wage.

Take note of the following Payment of Wages for the Regular Holidays and Special (Non-working) Days for the Year 2019:

1.3 For work done in excess of eight hours (overtime work), he/she shall be paid an additional 30% of his/her hourly rate on said day [Hourly rate of the basic wage x 200% x 130% x number of hours worked];

1.5 For work done in excess of eight hours (overtime work) during a regular holiday that also falls on his/her rest day, he/she shall be paid an additional 30% of his/her hourly rate on said day (Hourly rate of the basic wage x 200% x 130% x 130% x number of hours worked).

Cost of Living Allowance (COLA) is included in the computation of holiday pay.”

See the entire pay wage on the DOLE Labor Advisory No. 15-18. 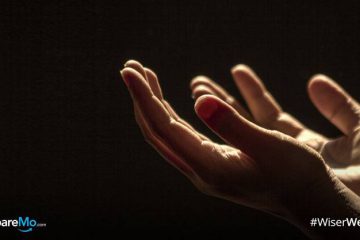 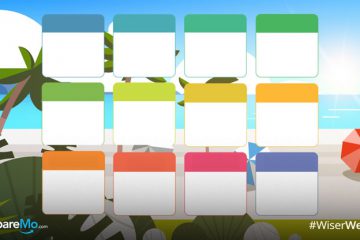