After a great schism of ideas and ideals rooting for their presidential and vice presidential candidates, the Filipino nation has already spoken and reached a decision.

On June 30, 2016, newly elected President Rodrigo Roa Duterte and Vice President Leni Robredo took their oaths separately to fulfill their duties in public office. It is a first in the Philippine history that the country’s two highest officials held a separate inauguration.

Both camps, however, veered from a grand celebration and opted for simple inaugural ceremonies. Let’s take a look at the numbers involving both momentous occasions: 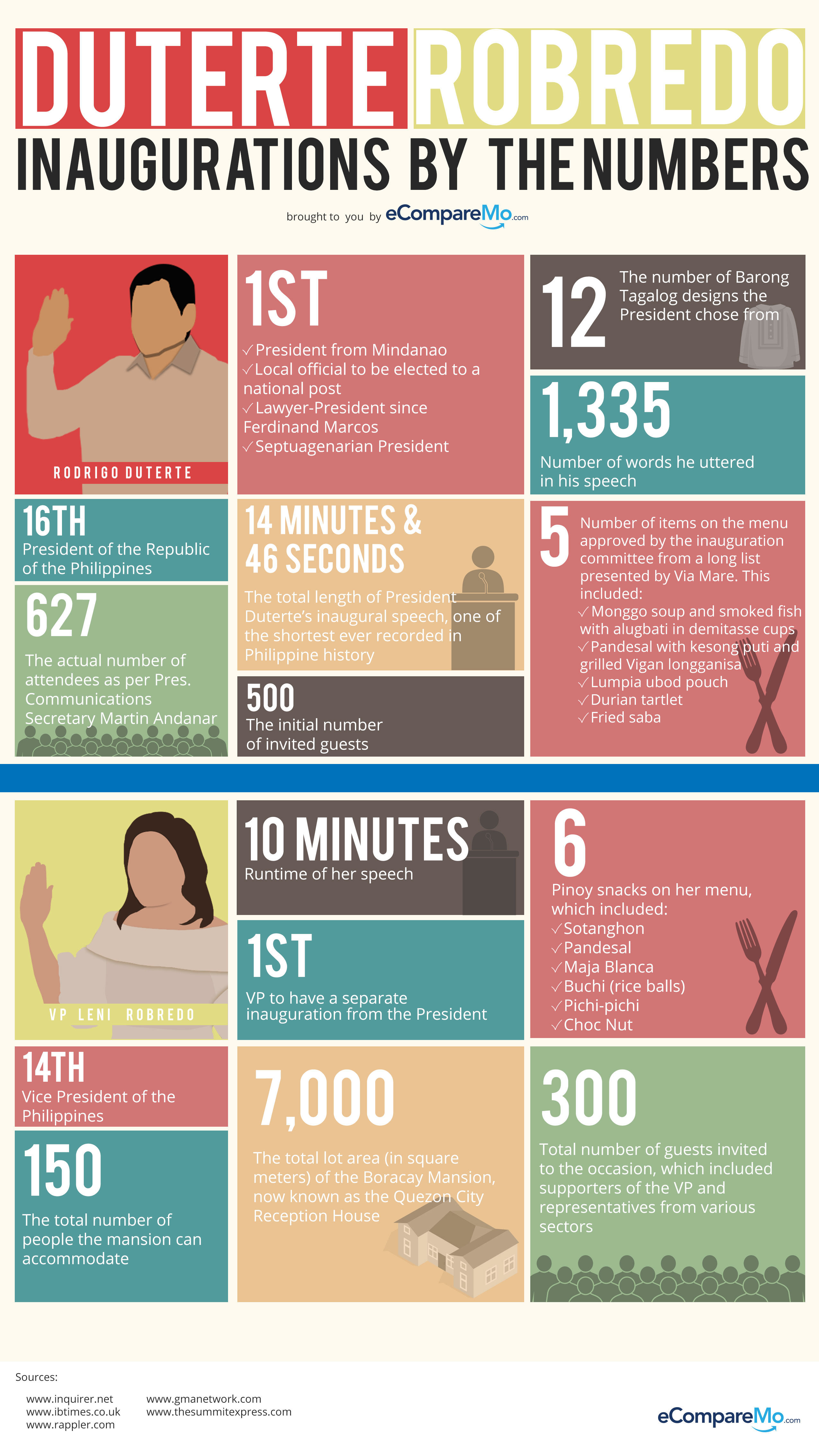 14 minutes and 46 seconds
The total length of President Duterte’s inaugural speech, one of the shortest ever recorded in Philippine history

1,335
Number of words he uttered in his speech

12
The number of Barong Tagalog designs the President chose from. They were made by Chardin Davao.

500
The initial number of invited guests

Proclaimed Vice President after the official count showed she won by a slim margin of 263,000 votes over Senator Ferdinand “Bongbong” Marcos Jr. The former Congressman from Naga City says she aims to reach out even to barangays to listen for change in her first 100 days of service in the public office.

10 minutes
Runtime of her speech

14th
Vice President of the Philippines

1st
VP to have a separate inauguration from the President

7,000
The total lot area of the Boracay Mansion, now known as the Quezon City Reception House, in square meters

150
The total number of people the mansion can accommodate

300
Total number of guests invited to the occasion, which included supporters and representatives from various sectors

“No leader, however strong, can succeed at anything of national importance or significance unless he has the support and cooperation of the people he is tasked to lead and sworn to serve.”

While being able to unite the 38% of Filipinos, which is the largest chunk of the votes in the latest election, President Rodrigo Duterte stressed on the importance of unity and pleaded to do so once more. His claim to fame is his unorthodox manner of administering peace and order on Davao City, making it one of the safest cities in the world.

“I know that there are those who do not approve of my methods of fighting criminality, the sale and use of illegal drugs and corruption. They say that my methods are unorthodox and verge on the illegal.”

Being identified with the notorious vigilante group Davao Death Squad, “The Punisher” was investigated by the Commission on Human Rights for extrajudicial killings. But according to the reports of International Business Times, almost 5,000 suspects were already arrested since Duterte’s presidential victory and almost 19,000 arrests since January.

“Let me remind in the end of this talk, that I was elected to the presidency to serve the entire country. I was not elected to serve the interests of any one person or any group or any one class. I serve every one and not only one. That is why I have adapted, as an article of faith, the following lines written by someone whose name I could no longer recall. He said: ‘I have no friends to serve, I have no enemies to harm.’”

Duterte underscored on serving for the interest of the Filipino people only, which implies that bribery and nepotism are abhorred in his reign. He addressed how the country has lost faith in the government due to corruption and crimes. He also pinpointed on ceasing the departments from bending government mandates, as well as promoting transparency.

Despite the defeat of her running mate Mar Roxas in the recent elections, VP Robredo still holds her words and the Liberal Party platform. It is remembered that the tandem swore to focus on creating more jobs, boosting the fishery and agriculture industries, as well as growing the BPO sector. Projects such as housing for the homeless netizens and relocation of informal settlers were also part of the targets.

While the separate inaugural speeches sparked controversy as the two represents opposing parties, Robredo stands firm that working hand in hand with the president is vital. The recently inaugurated leaders’ paths finally crossed at Camp Aguinaldo on July 2, 2016 during the command ceremony of the Armed Forces of the Philippines (AFP). 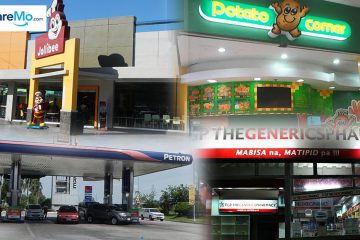 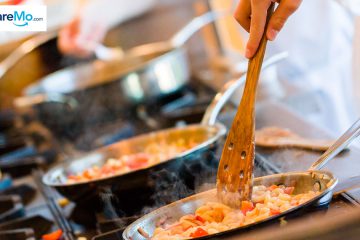 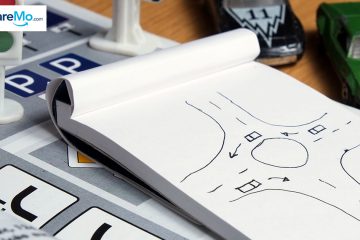