On Monday (March 19), the lower house of Congress approved on the third and final reading House Bill 7303 which aims to legalize divorce and the dissolution of marriages in the Philippines.

The bill aims to provide absolute divorce for “irremediably failed marriages”, to protect children from the negative effects caused by parents’ marital problems, and to allow divorced spouses to remarry.

The bill passed with 134 votes “for” and 57 “against”. Two of the present members abstained from the vote.

What are the legal grounds for an absolute divorce?

A Giant Leap for Advocates

As to date, this is the farthest the bill has reached in Congress. Aside from legally concluding irremediably failed marriages, the goal is to provide alternatives for the expensive and time-dragging process of annulment.

The legalization of divorce is backed by Pantaleon Alvarez, speaker in the lower House of Representative. Currently, the House supports the measure while the Senate presents no counterpart yet. Backers are optimistically waiting for both chambers to pass similar measures.

According to a survey conducted by the Social Weather Station (SWS), three out of five Filipinos are in favor of the legalization of divorce.

The Gabriela Women’s Party list has been assertive in refiling for the divorce bill since 2005. The measure is the result of the consolidation of House Bills 116, 1062, 2380 and 6027, filed by Representatives Emmi de Jesus, Teddy Brawner Baguilat Jr., Edcel Lagman, and Robert “Ace” Barbers.

After the votes had been cast, presidential spokesman Harry Roque Jr. said in a press conference that the president is against divorce.

“He said it would be disadvantageous to the children and if there is divorce, the abandoned spouses would lose the right to file cases against their spouses after they get divorced,” Roque added.

The Catholic Bishops’ Conference of the Philippines (CBCP) has long argued that divorce is an “easy option” which may lead to more families breaking apart.

“We merely ask that they consider the possibility that divorce, while it may indeed provide quick legal remedies for some seemingly ‘failed marriages,’ might end up destroying even those marriages that could have been saved by dialogues or the intervention of family, friends, pastors and counselors,” CBCP president Archbishop Romulo Valles explained.

The Philippines, other than the Vatican City, is the only country where divorce is illegal. Vatican City is a state spearheaded by the Pope of the Catholic Church. In relation, the Philippines are predominated by Catholic believers and opt for a marital union by the Church. Muslim Filipino citizens who are united under Muslim laws are not exempt from divorce as per Presidential Decree No. 1083.

The 1987 Constitution clearly declares the separation of the Church and State. Thus, the CBCP is not entitled to participate and interpolate in any legal proceedings. 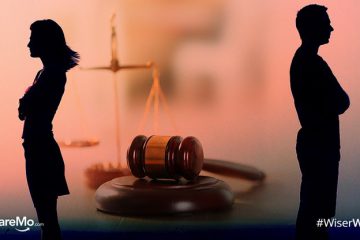