Understanding The ‘Kapa’ Issue: What Is The Difference Between Ponzi And Pyramid Schemes?

Things have been heating up between the government and Joel Apolinaro’s Kapa-Community Ministry International for a while now.

Starting with a mandate from President Rodrigo Duterte to crack down on the group, this has led to the Securities and Exchange Commission (SEC), the Anti Money Laundering Council (AMLC), and the Court of Appeals to come down hard on the religious group-cum-investment company.

Currently, the National Bureau of Investigation has conducted raids on Kapa offices in Mindanao, seizing printers and computers that can be instrumental to the case built against them.

In addition, there’s also a “manhunt” issued against Apolinario. The Court of Appeals even ordered the freezing of bank accounts and other assets owned by the “ministry.”

Since 2017, the SEC has already been cautioning the public against putting their money on Kapa, stating that it has committed an “ultra vires act” by misrepresenting itself in the public by soliciting investment in the form of religious offering.

Two more advisories have been released since as Kapa did not comply with any further applications needed to solicit investment. Because of this, the group has been called numerous names, most prominently as Ponzi scheme or pyramid scam.

Now that the labels have been dropped, we can’t help but wonder about two things: what’s the difference between a Ponzi scheme and a pyramid scam? And is either label appropriate to apply to Kapa?

If you don’t want your hard-earned money to be taken away by bad elements, then you better know how these schemes prey on people.

This scheme is named after Charles Ponzi who basically ran the first version. This type of fraudulent investment works by paying off earlier investors through the money poured in by newcomers.

While it might seem like there are returns for participants especially the pioneers, those who are late to the party run a higher risk of losing all their money.

In a nutshell, this is how your run-on-the-mill Ponzi scheme works:

We’ve seen this happen several times before. In 2012, Aman Futures Group siphoned a total of P15 billion, leaving around 105,000 investors penniless. The scam, led by Manuel K. Amalilio and his henchmen, promised somewhere between 62- and 70-percent interest in a matter of weeks.

If you want a more extreme version, look at the case of Albanian Ponzi schemes.

In 1997, numerous scams collapsed amounting to $1.2 billion prompted the victims to take their grievances to the streets after losing their properties and livelihood to promises or great riches. This erupted into national unrest that caused the Albanian government of that time to collapse.

How to spot a Ponzi scam

Typically, Ponzi schemes will cunningly present themselves as an investment management firm that promises quick bucks through “legitimate” means. You don’t have to do anything other than wait for the maturity of your investment.

While they claim that they’re the real deal, they do not fully disclose the nature of their investment to their clients and just tell them to trust the process and wait for the payout.

Those who have been recruited early in the scam will be paid off, prompting them to pour in more money because they thought they’re investing in a legitimate enterprise. In addition, their testimonials will continue to perpetuate the scam to invite more participants.

Meanwhile, latecomers will also be promised of the same thing only to lose their money in the process.

While Ponzi schemes only require you to invest your money, pyramid schemes are a bit more complex. In a pyramid scheme, you are offered two ways to earn money, the first is to sell a product or service. The second, more “lucrative” way is through recruitment.

Here’s how it works:

How to spot a pyramid scheme

Pyramid schemes usually disguise themselves as legitimate business ventures, offering potential clients the opportunity to sell products and services to others. However, the striking characteristic of a pyramid scheme is the extreme focus of the recruiters to get more people to join their company over the “main” venture they’re offering.

They use terms like network or affiliate marketing to make the influx of new blood more lucrative to new members.

If you’re compelled by a company to bring in more recruits in exchange of commission, then highly likely you’re a part of a pyramid scheme, even if it presents permits and other paperwork. Also, the most basic litmus test for one is to ask them to draw the structure of recruitment. If it starts to resemble a pyramid, run away as fast as you can.

In a report by the Philippine Daily Inquirer, Duterte explicitly called Kapa “pyramiding” and even referred to it as a fraudulent entity. The SEC, meanwhile, accused the group’s leader as an engineer of a “massive Ponzi scheme.”

However, is Kapa actually either of these?

Currently, Kapa says that it has five million members across the country who “donated” at least P10,000 per head. To compensate for the donation, the entity would give back 30 percent of the amount donated to the people—and this will happen for the rest of their lives.

If you cut through the religious lingo, joining Kapa means investing a certain amount to get guaranteed 30 percent returns monthly.

If they have amassed around P50 billion based on the number of members giving P10,000 on average, then their coffers will dry up in three months just paying off their obligations to their current members.

Rappler reported that Kapa-owned companies P5.80 million annually. If members claim they’re getting paid, then where else does the money come from?

Impossibly high returns, fixed rates, and opaque investment strategies make Kapa appear to be a Ponzi scheme. However, it took the game one step further by trying to shield the investment as “religious donation” in an attempt to make it exempted from the SEC’s rules and regulations. However, Kapa’s terms such as “donation” and “love gift” are just euphemisms for investment terms.

It’s easy to fall prey to these get-rich-quick schemes especially if the threat of getting broke is looming. However, these things are not sustainable. Even if you get ahead and make some money, it will eventually catch up with you.

Rule of thumb? If it’s too good to be true, it probably is. 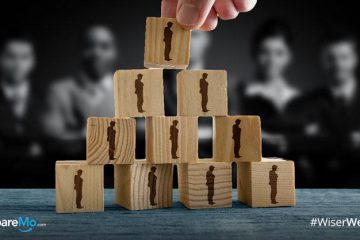 Understanding The 'Kapa' Issue: What Is The Difference Between Ponzi And Pyramid... 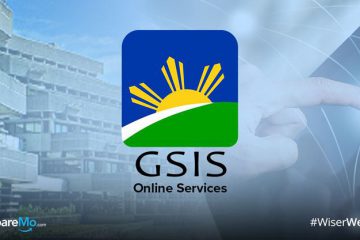 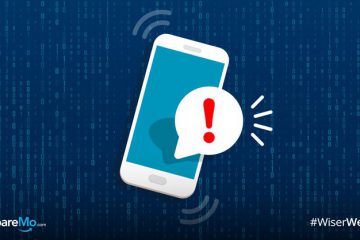