Here’s a way to explore the best of what the Philippines has to offer–for less!

With HSBC, you get to fly to select local destinations for free. Simply apply for the new HSBC Red Mastercard and spend P5,000, and you get free flights to the following tourist spots via Philippine Airlines:

Spend at least P5,000 and wait for the claim code to be sent to your mobile phone via SMS.

To redeem your free flight:

Take note of the following dates:

2. The Promo is open to individual applicants applying for a primary HSBC Red Mastercard Credit Card (“HSBC Credit Card”), within the Promo Period and are subsequently approved, have no cancelled HSBC credit card during the Promo Period, and are not upgraded or converted credit cards  (the “Cardholder”)

3. Under this Promo, the Cardholder shall be entitled to a one-time redemption of 1 (“one”) roundtrip flight to selected destinations via Philippine Airlines or PAL (PAL Flight) upon meeting the minimum accumulated spend requirement of P5,000 made by the Cardholder using his/her newly approved and activated HSBC Credit Card (“Promo Spend”)  during the Promo Spend Period.

4. Transactions made by the Cardholder’s Supplementary Credit Cardholder/s will be qualified as part of the Primary Cardholder’s accumulated spend under this Promo.

6. HSBC will extract from its system and identify Cardholders who have reached the Qualified Spend of P5,000 following below table on cut-off dates for extraction and the corresponding coverage of posted transactions:

7. The qualified Cardholder may expect an SMS notification containing a Claim Code (“Code”) to be sent to his/her mobile number, as registered in HSBC’s records, within 3 banking days after each cut-off date.

9. Cardholders may claim the PAL Flight during the Redemption Period by doing the following:

A PAL representative will assist the cardholder to tap his/her mobile phone containing the Code on the Code machine / reader
10. Claiming through authorized representatives is not allowed.
11. Cardholders without the Code will not be allowed to redeem. Cardholders may request for resending of previously issued and unclaimed Code by calling HSBC’s Hotline (02)85-800.
12. The PAL Flight is not convertible to cash or discount.
13. The PAL Flight may be assigned to another person prior to flight ticket issuance. Once ticketed, the PAL Flight is non-transferrable.
14. The Cardholder agrees not to cancel his/her HSBC Credit Card within 18 months from its approval date.  If the Cardholder requests for card cancellation or if the redemption is found to be invalid, the amount of P3,500 shall be charged to the Cardholder’s HSBC Credit Card account (“Cancellation Fee”). The Cancellation Fee must be duly paid by the Cardholder before the HSBC Credit Card may be cancelled by HSBC.
15. The Cardholder will be disqualified from the Promo in the event that his/her HSBC Credit Card becomes delinquent, restrained, suspended, cancelled or terminated within the Promo Period.
16. The Promo cannot be availed of in conjunction with other ongoing HSBC Credit Card acquisition promos, nor discounts, promotions, discounted items and fixed price items of PAL, unless otherwise specified by HSBC or PAL.  All HSBC Credit Card applications shall be subject to HSBC’s final credit card approval and Credit Card Terms and Conditions.
17. PAL Fare Ticket Rules and Regulations apply.
18. In case of dispute with respect to the Cardholder’s eligibility, coverage of dates, fulfillment, etc., HSBC’s decision shall prevail. All questions or disputes regarding the Cardholder’s eligibility for the Promo shall be resolved by HSBC.
18. All questions or disputes regarding the booking of the PAL Flight or of the flight itself shall be resolved by PAL. 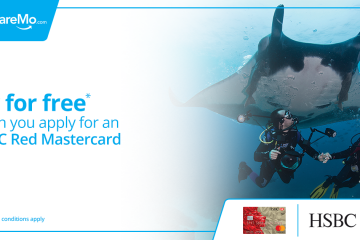 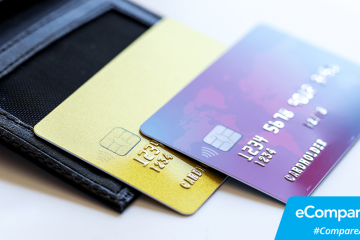