Around 1.25 million people all over the world lose their lives senselessly because of road accidents. Car crashes are said to be one of the leading causes of death in the world and, in the Philippines, the car crash fatalities have just kept rising this last decade. The Philippine Statistics Authority reported that road-related deaths numbered 10,012 in 2015, a marked increase from the 6,869 recorded in 2006.

In a report by the Philippine Daily Inquirer, Quezon City recorded the highest number of road crashes, fatalities, and injuries among the Metro Manila cities. Last year, there were 33,717 reported incidents of road accidents in the city which led to 116 fatalities. In addition, some major highways in Quezon City like Commonwealth Avenue are known to be a hotspot for road accidents.

In response to the growing concern about the high incidents of road accidents in their city, Rappler reported that the Quezon City local government had devised new citywide road regulations. These new regulations are just waiting for Mayor Herbert Bautista’s signature. Vice Mayor Joy Belmonte, who led the creation of the Quezon City Road Safety Code, said that the rule aims to “ensure the safety of all road users within the territorial jurisdiction of Quezon City and to promote public health, safety, and convenience.”

What are the components of this new Quezon City road safety ordinance? Here are the things you need to know about the Quezon City Road Safety Code and the effect it could have on your city driving.

In 2013, the Metropolitan Manila Development Authority (MMDA) imposed a 60-kph speed limit on all motorists plying Commonwealth Avenue. This was an attempt to curb the numerous road accidents in the area which had gained notoriety as a “killer highway.” Under Quezon City’s new citywide road rules, Commonwealth will not be the only road with a speed limit. In addition, there will be different speed limits for cars and trucks, with motorcycles will fall under the truck category.

The following speed limits are assigned to some of the city’s main roads:

Over speeding isn’t the only concern of the Quezon City government. The local government also included some measures that will maintain safety and order for all road users—whether they’re motorists, passengers, cyclists, and pedestrians. The Rappler report listed the following guidelines:

Once the local law gets Bautista’s green light, the city government would allocate money to make sure it gets the technical support to implement the law through speed guns and CCTV cameras. 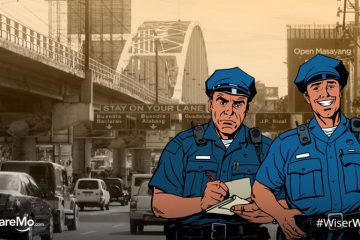 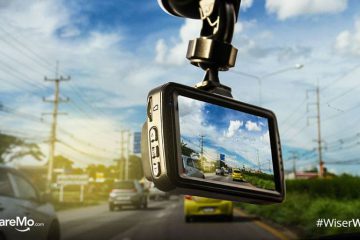