A Brief History Of Credit Scoring In The World

Did you know that credit scoring dates back to as far as the 1800s?

And yet, while it’s already being widely used in Western countries, a standard credit scoring system has yet to be established in the Philippines.

The birth of the Credit Score

In the United States and the United Kingdom, a credit score is a three-digit number that represents your behavior as a borrower based on the tangible records and statistics of your financial transactions.

Credit scoring basically came about because lenders needed a way to get real answers to this question: How can I trust this borrower to pay off what he owes me?

Because there were no data available, it was up to the lender’s own judgment to grant the money or loan. This method of credit assessment through one’s character was subjective and unreliable.

Some representatives would get information from nearby stores or involved people about client’s payment habits, but it could be inconsistent and inexact.

Bill Fair and Earl Isaac, an engineer and a mathematician, respectively, devised the very first credit scoring method. It was an automated scoring system to address the loopholes of the character-based credit assessment.

At first it did not work, but due to continuous improvement, the credit scoring concept was sold to financial institutions and retailers in the US and around the globe.

This was what became the FICO (Fair Isaac Corporation) score—the standard of credit rating.

In the US, the Fair Credit Reporting Act was passed, and it served as the very first data protection law requiring the banks to keep records to authorized agencies and uphold the information privacy protection of consumers.

(Read: What Filipino Cardholders Can Learn From The Equifax Hack In The US)

In the Philippines, RA No. 9510, also known as the Credit Information System Act, defines credit rating as “an opinion regarding the creditworthiness of a borrower or of an issuer of debt security.” It also mentioned “using an established and defined ranking system,” but at present, the Philippines has no centralized credit scoring scheme.

While there is no comprehensive credit rating system available in the country, financial institutions might pattern it to those scoring systems used in the US or UK. With these, a person’s credit behavior can be shown in numbers.

Fair-Isaac Corporation Score may have initially flopped before it became what it is today, but it is the origin of modern credit rating. It has five categories, which most Americans are well aware of.

Here’s how the FICO score adds up to assess a person’s credit record:

This model was formulated in 2006 and improved in 2017. Although it is quite similar to FICO regarding its range of numerical expression (300-850), it includes letter grade (A-F) which adds more details in your score.

It also has a more comprehensive assessment for each category of rating. Example: between two individuals who both pay in time, VantageScore favors the one who pays in full, than the other who pays in minimum. This type is more prevalent in the UK.

Here’s how VantageScore rates a person’s credit use and behavior:

From Experian’s data, a borrower’s credit-worthiness is appraised through two types of scoring:

The ENES uses the data from Experian to appraise a borrower’s credit-worthiness and rates them between 360 and 840, which have a slightly higher minimum score and slightly lower maximum score compared to FICO. It’s updated monthly and much more preferred than TransRisk.

Since ENES does not publicize its breakdown of a score, it is assumed to correspond with the FICO’s elements but uses a different mathematical formula:

This model is parallel to ENES, except that it uses a numerical range between 330 and 830. The difference is that, while ENES is commercially used by lenders for decision making, PLUS score is purely educational, intended for customers to learn about their credit standing.

There are also other scoring models that are used by the banks and insurance companies. These models are TransRisk, Credit Xpert Credit Score, CE Credit Score, and Insurance Score, which use different categories, numerical expressions, and specific purposes.

Credit Bureaus around the World

So who’s doing the crucial job of identifying the people’s credit risk or merit? These are the credit bureaus who have access and consolidate an individual’s financial information. Data collection agencies have different names in the globe.

For more information, here are the credit bureaus from the different regions around the world, as well as a timeline of credit scoring, on a global scale:

(Read: An Easy Guide To Understanding Credit Scoring In The Philippines)

Credit Bureaus in the Philippines

While numerical scores are not yet available in the country, credit bureaus use the summary of one’s financial transactions and obligations from authorized institutions to determine his/her credit-worthiness.

The Credit Information Corporation keeps your account history submitted by lending companies and service providers. For checking credit scores in the Philippines, you must get in touch with the four Special Accessing Entities (SAEs):

CIBI Information Inc. is the first credit reporting agency in the country. They provide globally accepted credit scores and credit reports of individuals and corporations if these are affiliated with Submitting Entities registered with CIC. Its corporate offices are in Cebu and Makati.

CIRF, an international credit bureau, had a partnership with Dun & Bradstreet (D&B) and opened branches in Italy, Turkey, the UAE, and Egypt in 2009. It started operating in East Asia (including the Philippines) in 2013, then in 2018 acquired Dun & Bradstreet Philippines. This is brought by its growth and vision to strengthen its solution services in the field of business and credit information industry.

Compuscan was founded in 1994 in Africa, aiming to offer a service that reduces risks and achieve company goals through data provision. Its growth propelled it to the Philippines, where it became one of the country’s SAEs.

TransUnion is a name prominent in the credit information industry. It started in the Philippines by partnering with local banks to help the lenders collate information about the borrowers. TransUnion brought automated solutions in the country to help the market improve the lending system and financial transactions.

Timeline of Credit Scoring in the Philippines

What is the future of credit scoring in the Philippines?

In October 2016, FICO partnered with CIBI to develop metrics for credit rating in the Philippines.

FICO initially used CIBI data to assess borrowers as a start. News rolled out that scores would be released in early 2018, but for some reason, it did not push through. It’s still uncertain for Filipinos.

The Philippines has a booming economy, and people need a stronger sense of properly managing their finances. A comprehensive credit score model that fits the Filipino setting is much needed, in order to improve financial literacy and business management in the country.

Gibson Perez Gibson started his career by writing for digital platforms about IT services and education. Now he's taken his expertise up a notch, writing about financial services for eCompareMo. He also has an insatiable delight for literature, history, and arts. 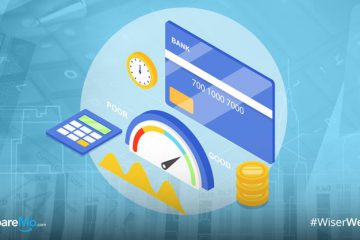 An Easy Guide To Understanding Credit Scoring In The Philippines 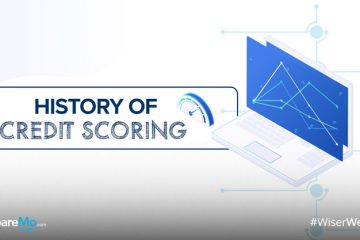 A Brief History Of Credit Scoring In The World