When President Rodrigo Duterte delivered his last State of the Nation Address, he urged the Congress to expedite the passage of the Universal Health Care Bill. Here’s why.

Just recently, Bloomberg released its health-efficiency analysis for this year. Two Asian countries, namely Hong Kong and Singapore, topped the list by offering the most affordable health care in the world. The Philippines? It never even made it to the list.

However, things might start to change once the government makes House Bill No. 5784, and its counterpart bill Senate Bill 1458, the law of the land. Both pending bills were certified urgent by the Duterte administration.

So far, the provisions in the Universal Health Care (UHC) Bill will revolutionize the way Filipinos get access to efficient and affordable health care. In this post, we’ve highlighted seven critical points you need to know about this pending bill.

1. There will only be two segments instead of five

Under the old scheme of the Philippine Health Insurance Corporation (PhilHealth) according to the provisions of Republic Act No. 10606, there are five segments that can benefit:

Meanwhile, the PhilHealth website states that it has seven members, with the addition of senior citizens and overseas workers. By having too many segments, poor Filipinos are having a hard time availing health services that they need.

To address this, the UHC Bill aims to simplify the groups by only having two types of membership: contributory/formal and non-contributory/non-formal.

There will be no more segmentation based on the type of work. For instance, there is no distinction between employees in the public and private sector anymore.

Meanwhile, non-formal members are everyone else not included in the formal sectors. Since senior citizen coverage of PhilHealth has long been mandatory, they’re no longer included in either group.

2. Health packages will be available universally

With the muddled membership, it is expected that benefits vary from one segment to another. This lead to confusion as to what people can and cannot take advantage of. In addition, these packages are rigid and changing them will require a lengthy procedure.

With the UHC Bill, PhilHealth and the Department of Health (DOH) will establish the Health Technology Assessment Group, a body of experts from both public and private health sectors that will create member packages, update them every three years, and amend them if the country faces a national health emergency.

3. PhilHealth will be renamed the Philippine Health Security Corporation

In a nutshell, what PhilHealth does for most people is to subsidize the amount of health care its members will get. To pay for the subsidies of its members, the agency gets its money from government allocation as well as numerous investments that will make its coffers grow.

In a primer released by the DOH, it says that the name doesn’t just herald PhilHealth’s new role under the priority bills but “also emphasizes the government’s commitment to provide financial security in health, rather than just helping people pay for health services.”

To ensure that everyone in the Philippines, regardless of location, will get served equally the UHC Bill has included some provisions that will improve the health sector’s supply mechanism on workers.

Some of the measures to be expected are:

5. All hospitals will have standardized no balance billing slots

If the UHC Bill becomes the law of the land, members who will fall under the future non-formal sector will be automatically eligible to “zero co-payment” or No Balance Billing (NBB) on basic accommodations such as the ward wing of hospitals. Meanwhile, higher tiers of accommodation and members of the formal sector are subject to fixed co-payment scheme.

In addition to automatic eligibility of some people in the NBB policy, all hospitals will have a fixed percentage of their beds dedicated to the poor. Ninety percent of the beds in government hospitals will be dedicated to NBB patients. Meanwhile, specialty hospital and private healthcare institutions will have NBB beds not less than 60 and 10 percent, respectively. The DOH will strictly monitor their slots for charity patients to their total bed capacity.

6. The health sector will emphasize geographically isolated and disadvantaged areas

In 2012, the World Health Organization reported that “the Philippines has experienced increasing migration of its health professionals, with a consequent shortage nationwide.”

With only 10,733 general practitioners and 12,701 specialists, there is one doctor for every 4,096 Filipinos. In underserved regions like the Autonomous Region in Muslim Mindanao and Caraga Administrative Region, a DOH report in 2008 revealed that they only had 76 and 79 doctors, respectively.

With the UHC Bill, the government will make sure that there are enough health workers even in far-flung areas.

Apart from providing a higher salary for those who will serve in remote areas, the bill will also do the following:

7. The government will strictly monitor medicine

The Generics Act of 1988 ensures that doctors will only prescribe drugs using the generic name only. However, the UHC Bill will further strengthen this by mandating drug outlets to have generic medicine at all times.

Aside from ensuring that generic drugs are readily available, desks will be set up to give patients informed choice regarding the availability of different brands as well as their corresponding prices.

Finally, the raw materials for the manufacturing of medicines will be waived if they go through the Philippine Economic Zone Authority and their use is solely for the consumption of Filipinos.

To haggle for lower prices of medicines, the DOH will set up a committee that will oversee that value-based pricing on drugs is in full effect. This will be the case if certain drugs are still within the patent protection period or have no equivalent in the Philippines. 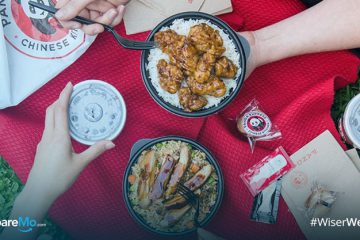 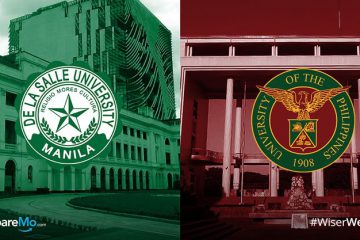 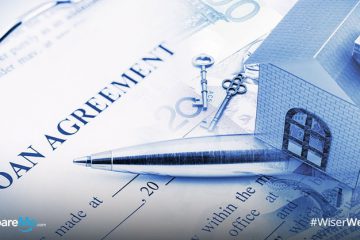 New Law Allows The Use Of Personal Property For Loan Collateral