After a long day at work, everyone just wants to turn on, tune in, drop out. So, you slouch onto your couch and mindlessly whip out your phone to open Facebook.

After scrolling down a bit, you see some acquaintances having the time of their lives and, you start to feel a little bad for yourself.

If you’re not yet familiar with it, that negative feeling is called FOMO, or “fear of missing out.” The scientific community defined this phenomenon as a “pervasive apprehension that others might be having rewarding experiences from which one is absent.”

In other words, you feel like you’re in the wrong place at the wrong time while others are having a blast.

Humans have been wrestling with the idea of not being “in” for ages, but today’s technology has made it more apparent. As our social media feed gets flooded “flat lay” photos of food in the most aesthetic and Instagrammable places, we can’t help but feel left out, inadequate, and ultimately, miserable with our lives.

Despite the fact that FOMO sounds like something made up by social media trendsters, it’s actually been studied extensively already and linked to mental and emotional effects.

It’s normal to dissatisfaction with your current life, especially when you’re browsing Facebook and you see curated highlights of other people’s lives. After all, human beings are naturally aspirational and they just want the next best thing after another.

FOMO only becomes negatively pervasive when we start to devalue what we have because there we feel that there’s something out there that’s better than our current state.

(Read: 5 Things That Are Costing You And Your Partner Serious Money)

Our irrational fear of feeling left behind also has a negative effect on our finances as, in order to keep from missing out, we devote our time, energy, and ultimately, money to keep up with our peers.

We hunt for restaurants with the most-Instagram worthy set pieces and spend money on their food no matter how mediocre they are. We visit faux museums regardless of the ticket price just to get social media cookie points for checking in. We blow our budget just to join our friends in an out-of-country trip just because we don’t want to get left behind on group photos.

In short, we do things for the likes and hearts and comments, not because we want to do them. And it’s all motivated by fear.

If you feel like FOMO is making you miserable, it’s okay. It only means you have to change things for the better. Don’t worry, we’ve got your back.

The science of fear

According to a Huffington Post article, “the psychology behind FOMO can be partially explained by loss aversion. Amos Tversky and Daniel Kahneman demonstrated people’s strong tendency to want to avoid any losses. In fact, the research suggests that losses are twice as impactful on people, psychologically, as gains. This leads to risk aversion; we just hate to lose out on anything.”

Apart from our natural aversion to losses, FOMO also creates an illusion that we already own the thing we desire, which leads to dissatisfaction when there is a mismatch between our expectations and reality. Even if we’re not there yet, we feel reluctant to give it up and then the FOMO kicks in.

However, the most compelling explanation that shed light on FOMO is Barry Schwartz’s “paradox of choice.” According to him, this 21st-century phenomenon goes like this:

“We all assume in modern western societies that since choice is good, more choice must be better; at every opportunity we should just be giving people more and more options. That turns out not to be true. The paradox is that when there are enough options confronting us, instead of being liberated we’re paralyzed by them.”

According to Schwartz, there are two distinct groups of consumers confronted by this great conundrum: the maximizers and the satisficers. The former are the people who want only the best while the latter settle for something good enough even if they don’t skimp on quality.

And you guessed it: Schwartz’s maximizers are the ones who frequently have to contend with FOMO.

Think you might be a maximizer and want to break the hold FOMO has on you? Here are five steps to take to keep FOMO from negatively affecting your finances.

1. Search your feelings, be aware, and control them.

The first way to manage your FOMO is train your mind to become aware of it.

To understand how FOMO affects you, you need to acknowledge your feelings whenever you encounter stimuli. After acknowledging your feelings, you then need to fight against them.

For example, if you see photos of your friends on a night out and you begin to consider other things you can do at the moment, tell yourself “this is just the FOMO talking.” And carry on.

By knowing when it pops up and what you’ll do with it, it can become easier for you to tame your irrational desires before they start to dictate your actions.

2. Make quick decisions and stick to them.

FOMO is a slow, creeping discontent fueled by both our desire and the need to become desired on social media. Until you’ve acted on it, the pervasive feeling will be there—and it will be too late once you’ve realized you’ve given in.

The longer you let FOMO linger in your head, the higher the chance you’ll end up spending money on something born out of fear, which can be followed by buyer’s remorse.

According to London-based consultancy firm We Are Social, Filipinos spend almost four hours daily scrolling down their social feeds. No wonder why we’re vulnerable to FOMO!

Since FOMO is unavoidable, one good way to deal with it is to limit your use of social media. Especially when it comes to your constant companion, your phone. Quit checking FB and Instagram every minute on your mobile device.

This isn’t a call to become a Luddite or a hermit, no. You are not giving up technology, just lessening the chance of FOMO seizing you. Bonus? Not only is FOMO not draining your wallet, your saving even more money by not consuming bandwidth and battery.

Gone are the days where Filipinos were wary of online shopping.

Based on the figures provided by e-commerce market research firm eShopWorld, almost 38 million Filipinos turn to digital marketplaces for shopping. In 2022, the numbers are expected to be bolstered by 18 million people more.

Since e-commerce platforms are highly accessible nowadays, you’re merely a few steps away from buying out of misplaced fear. If you know you’re prone to impulse purchases, you may want to put some distance between you and any app that makes you spend money.

This can mean one of the many things:

5. Accept your limitations, and quit seeing them as such.

Let’s face it: as long as we’re breathing, we will continue to want something better than what we have now.

To better control this want, take a step back and see the bigger picture: tell yourself you have a great thing going on with your life and it works for now.

The next time you feel miserable about your dinner because you see your friends pigging out on this fashionable bistro, remember that you already have something—and it is perfectly okay.

We are all vulnerable to FOMO but it doesn’t mean we should cave into this irrational desire to be in or belong somewhere better. You don’t have to spend your hard-earned cash just because you’re not in that Instagram photo. 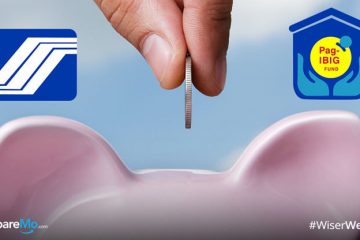 Beyond Pensions And Loans: 3 Government Savings Programs To Check Out 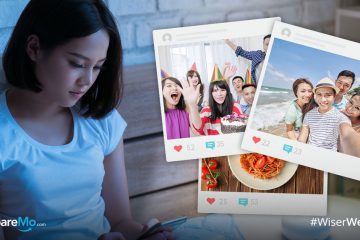