These have higher returns and appreciate better over time.

Not all that glitters is gold, and apparently, not all that’s gold glitters.

According to the World Gold Council, an organization devoted to use of gold in different industries, gold is currently priced at US$1,089, or about P51,200, per ounce—its lowest in three years. This has prompted gold investors to look into other investment vehicles.

Yes, gold still is a good long-term investment, especially in the face of market crashes and money devaluation. But did you know that there are everyday items that have, in fact, more value than gold? You might want to add these in your portfolio now.

Hardcore Lego enthusiasts are willing to pay serious money for mint-condition box sets. According to The Telegraph, Lego sets that are good as new have been increasing in value by 12% annually, while modern sets sell on eBay for 36% higher than their market price. The Ultimate Collector’s Millennium Falcon, for one, has gone up from US$484 to US$3,840, or roughly P180,480, since its release in 2007. It’s the most expensive Lego set to date, followed by Café Corner (US$2,966), Taj Mahal (US$1,848), Death Star II (US$2,615), and Imperial Star Destroyer (US$2,076.49).

People are willing to wait for around six years to get Hermes’ one-in-a-million bag, named after renowned English actress and singer Jane Birkin. With limited and unpredictable releases, the bag’s value has skyrocketed by 14.2% ever since the first line was released in 1980, according to The Guardian. While the retail price may still be expensive at US$60,000 (provided that you can get one from a Hermes store), auction prices of a Birkin can start at US$223,000, or P10.4 million—nearly four times its original price.

Before he took the whole sneaker world by storm with his newest Adidas line last year, rapper Kanye West had a lasting love affair with Nike. As a parting collaboration, Nike released Air Yeezy 2 Red October—which reportedly sold out within minutes after release. According to Time, the retail price of Air Yeezy 2 was only US$245, but people were willing to buy a pair for up to a whopping US$90,300, or roughly P4.2 million, on eBay. Luxury magazine My First Class Life even reported that a bidding went up to US$17 million, although this remains unconfirmed. Regardless, Kanye proves his ability to turn everything he touches into gold, making him the King Midas of this generation.

Some people are already considering wine as an alternative form of investment. This is because of the soaring prices of wine per bottle. According to CNBC, the biggest auction of a bottle of wine was held at Christie’s, where a private collector outbid everyone at US$304,375, or P14.3 million, for a bottle of Chateau Cheval Blanc. However, investing in wine is also risky due to counterfeit bottles in the market, as well as unpredictable reviews from critics. But who knows, the crate of Bordeaux you can still afford today may be worth 20 times in the future.

Listed on eBay are some rare, vintage toys that are selling for hundreds of dollars. Barbie Doll sets, Pokemon cards, NASCAR and Matchbox collections, and loose Star Wars action figures are just some of the toys that cost more than an average car—provided that they are in mint condition and kept in a box. As of April last year, these toys fetch at a range of US$25,000 to a US$161,000. Yes, that’s P7.7 million for a Barbie set. 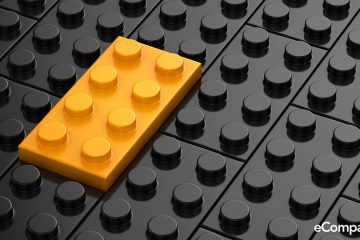