This year, the Chinese New Year officially begins on the 12th of February. The lantern festival, which caps off the celebrations, will occur on February 26.

The Chinese New Year is considered the most important holiday in China and is a big day for all people of Chinese descent all over the world. Surely there is a lot more to it than just tikoy, ang pao, and dragon dances.

From taboos to traditions and a lot more facts about it, here are 15 things you probably didn’t know about the Chinese New Year.

It is believed that the Lunar New Year should begin on the first month of the Lunar Calendar and for 15 days. For 2020, Chinese New Year will kick-off on January 25 and will end on February 8.

Chinese people believe stocking up on their supplies before the festivity begins will prepare them for the first sign of the celebration which is the “Laba Festival.” This is where they prepare and serve cured meat, salted preserved foods and most importantly, the Laba Menu which includes the Laba porridge, Laba tofu, noodles, and wheat kernel rice.

The Laba porridge includes seven different types of grains like husked rice, red beans, and red dates. that eating this meal will teach them to be grateful for the abundance of the ending and coming year.

2. It is called as the “Spring Festival” in China

“Chunjie,” or the Spring Festival, is what the Chinese New Year is called in China.

Although the start of the holiday marks the end of the winter season in the country, the remaining days are still the coldest days. Just as what it is called, the “Spring” festival brings with it planting and harvesting, new beginnings and fresh starts.

It is called by some as Lunar New Year simply because it goes according to the lunar calendar and other countries such as Vietnam and South Korea celebrate is as well.

(Read: 18 Feng Shui Tips Every Filipino Should Take To Heart )

It is believed that your zodiac, depending on the animal year, will grant you positive traits for the rest year. Such will influence your career, health, money and relationship success.

4. Your zodiac year is your most unlucky year

Your zodiac year, or your “” in Chinese, is the year of your zodiac animal. Out of the 12 zodiac signs per year cycle, your own animal is the unluckiest for you.

There are different to this belief, but the most basic notion most Chinese acknowledge children who are celebrating the rebirth of their zodiac during the animal year can be easily taken by bad spirits.

5. They decorate everything in red

If it is an “unlucky year” for you, the way to ward off the bad spirits is to wear red.

Even if it is not a year, the color red is still used in almost all of the Chinese New Year. Every family will design their homes and with anything as long as it’s red. They will hang up red lanterns or fake or even real red chili peppers, and even paste red papers onto every door and window.

They also wear red clothing: red pants and red shirts or even red underwear; anything red as a sign of protection as well as fortune. New red clothes are considered auspicious and Chinese people often take this time to add to their wardrobe.

6. It is considered the longest Chinese holiday

The Spring Festival is 15 , technically, but since the celebration starts at New Eve, it is counted as 16 days. But if you are going to begin counting the holiday the “Laba” Festival, which starts in December, it will end up being a 40 days long celebration.

In China, it is expected that of the shops be closed during national holidays, that is why will stock up on supplies such as food, clothes, and gifts before the new year.

Also, as a tradition, you go out on the fifth day of the holiday. You also have to spend your family for the span of the festivity.

7. Chinese people age a year older during the festival

Although this is not amongst non-Chinese, it is still practiced nowadays by many Chinese.

8. There are a lot of taboos practiced during this time

Every country has its or beliefs that they follow by heart. This is also common within the Chinese clan. It is believed that if you don’t follow the taboos, bad luck will come your way.

During their Spring Festival, two taboos are:

This is done to ensure that you don’t wash away the good luck for the coming year.

In contrast to that, , the Spring Festival is dedicated to cleaning. This is done to ensure that away bad luck and make room for good luck in the coming new year.

9. Dumplings, spring rolls or egg rolls and “tangyuan” are a thing

The e of dumplings is said to be the tradition within the northern part of China. In the Southern part, however, people would rather eat a soup with glutinous rice called “Tangyuan,” as well as spring rolls or what they call as egg rolls.

In addition, they serve desserts with special meanings, such as “Nian Gao” or rice cake, which symbolizes success each new year. They also have their “Fa Gao,” or a hybrid of a sponge cake and a muffin, which they dye in festive colors. “Fa” is taken from “Fa Cai” which means “to get rich.”

10. Chinese people drink wine specifically made for the celebration

Chinese people love drinking of that, they have a wine specially made for every ceremony, important occasions such as birthdays, engagement dinners, weddings, and the like. They also play different drinking games depending on the event being celebrated.

When drinking during New Year’s dinner, one must also adhere to toasting depending on your seating, as well as how you should hold the glass.

11. It is a day intended for praying and fighting off bad spirits

Originally, the Spring a ceremonial day intended for praying to the gods for good planting year. They serve the best foods in their table to their gods as a thanksgiving. They also pray to their ancestors for guidance for the coming year.

They also believe in a myth about the monster “Nian,” who comes out every New Year’s Eve making people hide in their homes until one brave boy fought him with the use of firecrackers vanishing the evil “Nian” forever. Since then, it is a tradition to set off fireworks during Spring Festival.

If you ever experience those during family gatherings, thank your roots that you are not Chinese because it is even worse there.

Passing down the family name of the most important parts of the Chinese culture that is why the are desperate to have somebody attend social events with them to and pressure. Because of that, some Chinese will hire or girlfriends to take home during family gatherings at Spring Festival.

(Read: 5 Things To Do In Binondo During Chinese New Year )

In other cultures, especially Western part of the world, children receive gifts for the holidays. In the Chinese culture, gifts are also exchanged during the new year but in the form of red packets called “Ang Pao.” Children during the Spring festival receive packets filled with money, which for them is a transfer of fortune from elders to their kids’ future.

In the modern world, due to of technology, digital red packets are a trend now. P send a red packet in a group chat and fight for it against one another. Such is called “Qing Hongbao” or if translated “snatching red packets/pockets.”

14. The celebration ends with the Lantern Festival

The Lantern Festival, or the “Yuanxiao Festival,” is the first full moon in the lunar year of the . Although such should be celebrated with the family, it is also a night dedicated to partying and freedom.

During the old times, the Chinese didn’t allow women to roam around by themselves except on of the Lantern Festival. They will be able to walk around under the with the beautiful lantern decorations as this is known as the Valentine’s Day of China. This day is dedicated for them to socialize and meet with other people especially with the opposite sex.

15. Spring Festival is celebrated in all parts of the world

Chinese and people of can now be found all over the world. One in every five people is Chinese. Places outside of Asia such as Sydney, Australia, London, England, and San Francisco in the USA have the biggest and grandest Spring Festival celebrations.

From lantern statues to lion dances, parades, fireworks, and of course the sumptuous food, the Chinese New or the Lunar New Year, the Spring Festival—or whatever else it is called—is surely celebrated all over the world. 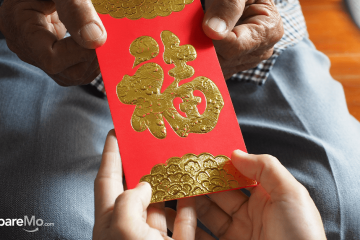 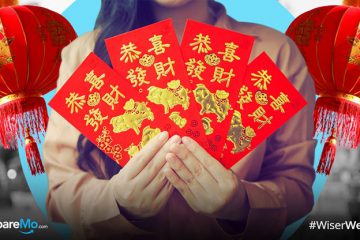