November 30 is the birthday of Andres Bonifacio. Unless set on a non-working holiday, it’s often forgotten because everyone’s preoccupied for the holidays.

So, to pay homage to the Filipino revolutionary hero from Tondo, we take a look at the valuable life lessons from Andres Bonifacio and his brave, albeit short life.

You should have more than one source of income.

Bonifacio worked full-time at J. M. Fleming & Co., a British trading company. He was a “corredor,” or broker for raw materials or local products like rattan and tar. He moved to another company, Fressell & Co., a German firm, where he became a “bodeguero.” However, his duty was not to lift heavy objects, but to manage the warehouse, which is more like a grocer.

To fulfill his creative side, he was also a part-time theater actor in Moro-Moro plays. He often portrayed the fictional Tagalog folklore character, Bernardo Carpio. His theater earnings went to support his orphaned siblings.

These days, it is only wise to have multiple sources of income. Simply going after your passion is not practical for everyone. You can find balance by working a regular job, and find ways to earn money through honing your creative pursuits.

Take control of your finances

There was no proper financial management system during the Katipunan era, so this resulted to allegations that funds are misused by Supreme Council members for personal purposes. Because of this, Bonifacio raised the importance of audit documentation, payment of admission fees, and awarding process of certificates.

Getting an organized financial record and procedure result to transparency and accountability. It also allows you to track spending and saving habits.

Have a clear sight of your goals and pursue them

Bonifacio was also called Supremo, being the leader of the revolution. As one of the founders of the political reform movement, his vision for the Katipunan was already solid. He began drafting the rules for the KKK movement known as the Decalogue (Sampung Utos ng mga Anak ng Bayan) in the Pamitinan cave before the revolution erupted.

When you have a dream, you should set your priorities straight by learning the required skills to go after it. It’s not enough to just want something. You will need to invest a lot of time, money, and effort to make it happen.

Read: (If You Really Want To Save Money, Avoid Making These Monthly Excuses

Own your goals and responsibilities

Bonifacio was one of the founders of the movement La Liga Filipina, which eventually disbanded. However, his advocacy for political reforms didn’t die, as he went on to start the Katipunan. This became the catalyst that resulted in the country’s independence from Spanish rule.

You must understand the benefits and risks of your goals. Entrepreneurs and leaders know that success is not achieved overnight.

Read: (John Gokongwei Jr., In His Own Words (And The Words Of Those Close To Him)

Bonifacio wrote the Decalogue, which was the early rules and regulations for KKK members. Emilio Jacinto then improved and expanded it into Teachings of the Katipunan, or more popularly known as “Kartilya.” This became the guidebook to the new and existing members of the movement. It is also their partnership that helped forge the propaganda for freedom.

The line “No man is an island,” rings true to this day. A vision, whether to start a new business or make a huge corporate decision, needs more than one brain for risk and ROI analysis. You need to surround yourself with people who believe in you, and share the same energy and drive as you do.

Incorporate your purpose into your branding

The KKK movement was created for political reforms that even its name and colors reflect its purpose.

KKK was originally called “Cataastaasan Cagalang-galangang Catipunan,” as the official alphabet didn’t have the letter K during that time. Bonifacio and his comrades wanted a symbol to represent themselves as Filipinos and chose “Ka” (letter K) from the ancient script

Bonifacio incorporated the letter K to the name of the movement (Kataastaasan Kagalang-galangang Katipunan) and it was shortened into an acronym KKK for brand recall. The red color, psychologically associated with action, was also used to its flag, making it the most powerful symbol of rebellion.

Brand name and face are not all about artistic preference. These elements should carry and uphold your company’s mission or vision in general – a marketing strategy adopted universally. Examples are the digital companies such as Facebook and YouTube, which are recognizable through its icon even without their names spelled out.

Before Bonifacio became the Supremo, the Katipunan was comprised of about 300 members. As such, there were not enough materials to reach more Filipinos. Bonifacio agreed on a marketing strategy suggested by Dr. Pio Villanueva, which was to secretly disseminate a Katipunan newsletter called Kalayaan. This garnered 30,000 members since its circulation.

Aside from periodicals, the marketing industry grew with more efficient campaigns through various digital platforms and traditional media. Following the pulse of the people though these marketing strategies and data analytics will boost your business presence and establish your brand.

The Tejeros Convention was supposed to be a discussion for defensive tactics of Cavite against the Spanish, but it turned out to be a surprise election. Despite the Supreme Council’s disapproval, the Caviteño Katipunan members elected Aguinaldo as the president. This also happened to bypass other members from other provinces. This brought conflict that ended in the tragic death of Bonifacio.

Betrayals and mutiny are inevitable in the corporate world. When you don’t secure your position and carefully pick the people you will be working with, others will take the underhanded opportunity to control the situation.

Read: (How To Pay Taxes If You’re Working As A Freelancer in the Philippines

Own your life and responsibilities

At 14 years old, Bonifacio already faced the huge responsibility of looking over his siblings. They were orphaned, so he embraced himself as the breadwinner. He got by through peddling and other odd jobs.

We have a tight family bond as Filipinos. We are expected to support our families even after we’ve left home. However, you should know early on that you are mainly responsible for your life, and the decisions you make is all up to you. No matter your situation, always be the captain of your own ship and not be thwarted by naysayers.

Share whatever you can with those who are in need

The texts of Decalogue written by Bonifacio reflects his beliefs in the value of camaraderie.

Helping one another is a practice embedded in our culture, represented not only by the old practice of “bayanihan,” but also with the everyday lives of Filipinos.

Even without finishing formal education, Bonifacio continued to seek knowledge by reading books. Some of these were the bible, Les Miserables, and History of the French Revolution. He also established business with support from his siblings. From a struggling orphan, he became a revolutionary leader.

This means that your situation is not the basis of what you will become. It takes setting goals, being resourceful and resilient to achieve your dreams. 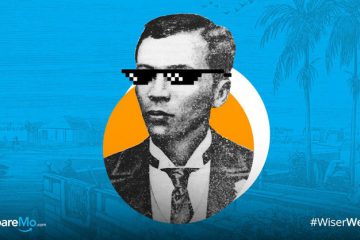 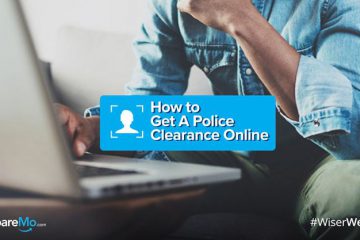 How To Get A Police Clearance Online In The Philippines