Diokno Wants POGOs To Leave, 18.2M Jobs To Be Affected By Automation, And Other Financial News

After China urged Manila to outlaw cross-border activities saying it poses money laundering risks, Central Bank Chief Benjamin Diokno told Reuters in an interview on October 1, 2019, that he would rather have online gambling firms leave the country as it will have little impact on the economy.

“There’s some benefits, in terms of if they pay their taxes, but there are also some risks. I tend to be risk-averse. I’d rather they leave if I have my way,” he told reporters.

Online gambling companies, known in the Philippines as POGOs or Philippine Offshore Gambling Operators, are a boon for the local economy, drawing many visitors from China who work in them, fueling property demand and retail spending.

The POGOs, which bar Filipinos from playing, are supposed to contribute to national coffers through license fees.

However, according to Diokno, the industry contributed only a few billion pesos in tax and had little impact on the real estate sector. He added that this type of business presents risks for money laundering.

“We have already stopped giving licenses in the first place. Should they violate our tax laws, we will expel them,” he added.

According to the official data, there are only 60 POGOs operating in the country, but critics of the industry say that grossly undercounts the actual number.

The Department of Trade and Industry (DTI) is seeking a longer transition period for major employers for the Comprehensive Income Tax and Incentive Rationalization Act (CITIRA) as legislation makes its way through Congress to reduce the duration or take away incentives.

Secretary Lopez even added that segmenting the transition periods between large and small employers will minimize the risk of losing locators.

“If you really want to count or give value to the jobs generated, that’s the measure. If we want to minimize risk, let’s protect the big employers,” he said.

CITIRA will ultimately encourage more investment as corporate tax rates fall. He has asked the Board of Investments (BoI) to simulate how many businesses could come in as a result of falling taxes.

He even noted that approval of incentives, a power that CITIRA grants to the Fiscal Incentives Review Board (FIRB), should remain with investment promotion agencies (IPAs) up to a threshold of $1B to $3B in investment.

He said that given the large number of applications, FIRB should evaluate and approve incentives above the threshold, and have the authority to review applications recommended by IPAs below the threshold.

As directed by Chairman of the Senate Ways and Means Committee Senator Pilar Juliana S. Cayetano, the agency shall engage with the Department of Finance (DoF) to finalize the CITIRA transition periods.

As reported in Wall Street Journal on October 1, 2019, Visa, Mastercard Inc., and other key financial partners are seeing their involvement in Facebook Inc.’s cryptocurrency known as Libra in a new light.

According to the journal report, the financial backers for Libra did not want to attract regulatory scrutiny and declined Facebook’s requests to publicly support the project.

Policy executives from Libra Association, the cryptocurrency’s two dozen backers, have been summoned to a meeting in Washington, DC, in America.

In a separate report made by Bloomberg, PayPal Holdings Inc., and Stripe Inc. are also undecided about formally signing onto Libra.

Reuters also reported that Facebook could push back the launch of Libra to tackle regulatory concerns that have been raised around the world.

Facebook announced plans to launch the digital currency in June 2020, in partnership with other members of the Libra Association set up by the US tech giant to manage the project.

However, the attempt to drag cryptocurrencies into the mainstream has since met with regulatory and political skepticism globally, with France and Germany pledging to block Libra from operating in Europe.

In a tweet made by David Marcus, Vice President of Messaging Products at Facebook, overseeing Libra plans, he said that he wasn’t aware of any specific companies’ plans to not step up in the said projects.

“I can tell you that we’re very calmly, and confidently, working through the legitimate concerns that Libra has raised by bringing conversations about the value of digital currencies to the forefront,” Marcus tweeted.

At least 18.2M jobs in the Philippines will be affected by automation

If the Philippines maximizes its potential for automation, according to management consultancy firm McKinsey & Company, more or less 18.2M jobswill be impacted.

Kaushik Das, McKinsey managing partner for Southeast Asia, said at the Decoded Philippines forum at Shangri-La at the Fort on Taguig City on October 2, 2019, that the agriculture and retail and wholesale sectors are likely to take the biggest hit from the next wave of automation.

“We looked at all the major sectors in the Philippines that can actually employ (automation)… We see that on average, between 40% and 50% of jobs will get impacted in the Philippines because of what technology gives… Roughly about 18 million jobs will be impacted,” he said.

According to him, the agriculture sector topped the list of sectors that will be affected by automation. Out of the current 12.5M agricultural workers, the potential for automation stands at 48%, a total of 6M workers.

He even added that for the retail & wholesale sector, the automation potential is at 48% or 2.4M jobs out of its employment base of 7.4M.

The McKinsey official noted that some sectors have a bigger potential for automation, such as manufacturing where 61% of the existing jobs may be automated. This means 1.6Mjobs will be at risk, out of the sector’s 3.9M jobs.

The transportation sector yielded an automation potential of 55% or a total of 1.6M employees at risk out of its 2.9M employment base.

Other sectors expected to be impacted by automation are:

Amid the huge risk on the future of jobs in several sectors in the Philippines, the Southeast Asia managing partner of McKinsey said this must be taken as a reminder of what the government and society must do to prepare for the transformation.

“This has potential to create significant social problems. The good news, of course, is that all these forces will also create new jobs,” he said.

The Philippine government is currently considering a budget of around P5B for the upskilling of workers in the business process outsourcing industry, as stakeholders call for a program to prepare employees for the future of jobs.

The Department of Information and Communications Technology (DICT) is also advocating for a Digital Philippines, where it envisions improved connectivity with and within the government across all regions. A budget of P32.63B for the department next year was already approved by the Senate last week, which it said will be used mainly for digital infrastructure buildout.

The Securities and Exchange Commission (SEC) has ordered ScentkoWorld Corp. and its parent company, Brendahl Cruz Holdings, Inc., to stop operations after it was found to be illegally soliciting investments from the public in the form of marketing perfume and cosmetic products.

Under its “buy and earn” investment scheme, Scentko World Corp. entices the public to buy perfume and beauty products in exchange for “cash sales rewards” equivalent to 400% of the purchase price. For instance, a member is promised a return of P20,000 in about 30 days for simply buying a package worth P5,000, without having to resell the products.

The returns depend on how soon Scentko World Corp. can recruit new members. On top of cash sales rewards, a member may receive a referral fee equivalent to 10% of the amount invested by the new member.

According to the SEC, the “buy and earn” program “satisfies all the elements of an investment contract, where there is an investment of money in a common enterprise with the expectation of profits derived primarily from the efforts of others.”

However, these entities have sold and offered for sale securities, in the form of investment contracts, to the public without the necessary license from the SEC.

The SEC also discovered that Scentkoworld misrepresented the incorporation of Brendahl to falsely claim that it had secured a secondary license from the SEC. On social media, the group even claimed that Brendahl would soon buy a rural bank or could put up its own bank.

The CDO against the two entities were issued on September 24, 2019. The order also covers their officers, directors, representatives, salesmen, agents and any and all persons claiming and acting for and on their behalf.

It also directs the group to stop transacting business involving funds in their depository accounts, as well as transferring, disposing, or conveying in any other manner all related assets for the benefit of investors.

The involved groups must also withdraw all online presence related to their unauthorized investment-taking activities. 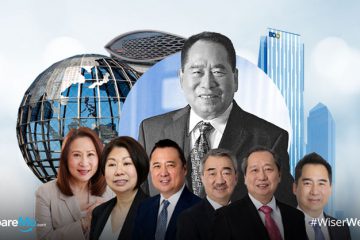 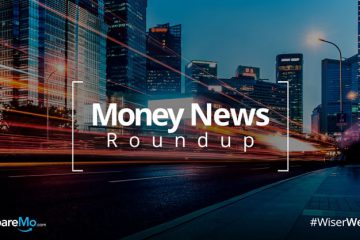