The Philippine Health Insurance Corporation (PhilHealth) is in hot water again. Right now, the Commission on Audit (COA), Presidential Anti-Corruption Commission (PACC), House of Representatives, and Senate are all grilling the state health insurance agency for issues such as accusations of corruption among senior officials and fears of the agency about to go belly-up surface.

According to a former PhilHealth official, senior members of the PhilHealth administration allegedly pocketed ₱15 billion worth of funds. Aside from the “PhilHealth mafia” reportedly receiving ill-gotten wealth from the company’s coffers, government auditing also revealed a swath of overpriced items bought by PhilHealth. Some contracts had a markup by more than 1,500 percent of the items’ original price.

With a slew of anomalous allegations once again hounding the state insurer, some of you might be thinking of skipping your PhilHealth contributions payment as a form of boycott. But what are the consequences of this? And are there legal repercussions to non-payment of your health insurance contributions?

Read: PhilHealth Online: Your Guide To Registration, Payment, And Services

“Can I refrain from paying my PhilHealth premiums and get away with it?” You’ve definitely asked yourself this question upon seeing the agency become besieged with corruption issues.

To satisfy your curiosity, the short answer is yes. However, there are some repercussions to take into consideration.

First, the state insurance agency will not hound individuals with legal action in case you miss your payments. Aside from this, you can also avail of PhilHealth coverage even if you haven’t paid your premiums.

In a statement the agency released last December, embattled PhilHealth president and CEO Ricardo Morales said that all Filipinos are still covered regardless of their payment status as part of the Republic Act No. 11223 or the Universal Health Care Act of 2019.

“Starting November 22, 2019 until such time that a new set of guidelines are issued, all Filipinos including those without the qualifying contributions shall be allowed to avail of the PhilHealth benefits,” Morales said in a statement.

However, delinquent members may pay a little extra in the form of interests.

“While no one will be denied of PhilHealth coverage due to non-payment of premiums, Morales also clarified that members lacking contributions shall be billed for the unpaid premiums with interests (compounded monthly) and penalties of at least 3% a month for employers, sea-based OFWs, and kasambahays,” PhilHealth said in a statement.

“On the other hand, self-earning members, professionals and land-based migrant workers shall incur a maximum interest of 1.5% for every month of missed payment. Interests, however, shall only be applied effective applicable month of January 2020.”

If you’re self-employed or your current work arrangement allows you to pay your PhilHealth contributions by yourself, then non-remittance of your monthly premiums is easy. However, employed individuals will have a hard time doing this.

To understand the relationship between PhilHealth and employers, you need to understand that companies are obligated to update their list of employees.

Whenever employers take in a new member of their company, they must update their company profile by submitting an ER2 form 30 days from the time they assume office.

Once the new employee becomes enrolled under the company account, employers must make monthly remittances and they must align with the number of employees they have. After all, the law mandates that they must shoulder half of their employees’ monthly premiums.

If PhilHealth finds out that there is a mismatch in company remittances and expected amount, the state insurer can go after them and slap them with fines. Erring employers can be penalized by a minimum of ₱5,000 “multiplied by the total number of employees for failure or refusal to register or deduct PhilHealth premium contributions.”

“In the same manner, a fine of not less than ₱5,000 but not more than ₱10,000 multiplied by the total number of employees shall be applied for employers who refused or failed to remit and report contributions,” PhilHealth said in a statement.

During a senate inquiry on the agency’s numerous anomalous issues, PhilHealth acting senior vice president Nerissa Santiago revealed that the insurance corporation might collapse in 2022 due to high payouts and decreased collections during the pandemic.

Santiago said the said factors affected the actuarial life of the agency and reduced it by a year. With net operating losses at ₱90 billion and no increase in funding in sight, this can balloon to ₱147 billion and cause the agency to “collapse” due to lack of funding.

“Because of the decreased contribution and increased COVID-19 payout, we are expecting by 2021, we will be on the ‘red.’ We can only survive with additional subsidy coming from the government,” said Santiago.

In its most recent annual report, premiums collected from employed individuals only account for 10.81 percent of its total assets.

To pay for member claims, the agency must make money through numerous financial products such as investment securities, property management, time deposit, and other ways to make money.

Now, it may seem like the agency can make do even without member contributions and you can probably scale it up. However, keep in mind that PhilHealth’s biggest assets are non-current, i.e. the payoff for these investments will come in at a later date.

To give you more perspective, PhilHealth’s total assets in 2018 amounted to a total of ₱174.86 billion. However, only 26.84 percent of this total (or roughly ₱50 billion) is classified under current assets, which is used for payment of member claims as well as numerous operating costs like salary of PhilHealth employees and others.

You may skip on payments all you want and ask your employer to remove you from their master list of employees in their PhilHealth database. But the biggest loser here isn’t you, the paying member. When the company loses funds, the ones who are in danger the most are the indirect sector.

So who are the members under the indirect contributors? These are your Filipinos who do not have the capacity to make monthly premiums such as regularly employed workers, self-employed individuals, professionals, and overseas Filipino workers.

Indirect members include indigent members, people in the informal economy, and senior citizens. These are sectors that are most vulnerable when the health insurance agency collapses because they cannot afford to pay for healthcare without any form of government subsidy.

The whole PhilHealth issue is infuriating, to say the least. Any news of government officials reportedly pocketing millions of pesos can make anyone’s blood boil.

However, by refusing to pay your PhilHealth contributions, you are also contributing to the exclusion of the most vulnerable in the country’s already ailing healthcare system.

There are many other ways to make these officials pay for the crimes they’ve committed. Taking it out on a good system—which is unfortunately corrupted by certain groups of people—at the expense of the non-paying members isn’t the solution. That’s merely accelerating the collapse of the agency.

For everyone’s sake, let’s hope this issue will end and everyone responsible for this PhilHealth mess will be punished accordingly. When Is It Safe To Share Your Sensitive Personal Information Online? 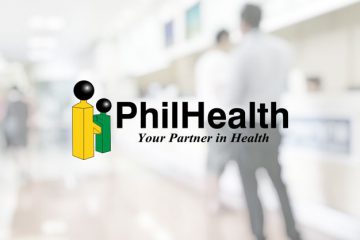