What Is The ‘Ghost Month’ And How Does It Affect Your Finances?

Jonathan Tan*, a member of a Filipino-Chinese family residing in Binondo, says his family doesn’t strictly adhere to the limitations that come with the Ghost Month. “I guess, in super traditional families, they still do, but not us,” he explains.

Although they don’t believe it themselves anymore, the effect is still very apparent among his peers, saying that some people in his circle are still afraid to take on new adventures or even businesses once August kicks in.

While some members of the Filipino-Chinese community, especially with the younger generation, are veering from the concept of Ghost Month, some Filipinos are a bit more superstitious.

So what is Ghost Month and what is its significance in our society?

The Festival of the Hungry Ghost

Unlike the Western concept of Halloween or the Mexican Dia de Muerto, which are both celebrated for a few days around the time of All Hallows’ Day, the Ghost Month is a month-long preparation for a bigger festival.

Occurring every seventh month of the lunar calendar, Ghost Month is considered unlucky by the Chinese. It’s also called the Festival of Hungry Ghost, originating in China where Buddhist and Taoist practitioners take extra care to appease the souls of the deceased roaming freely on earth.

This 2018, the seventh month in the Chinese calendar will run from August 11 to September 9.

During the said period, people are advised against spending a large sum of money. Big events like wedding and baptism are highly discouraged. Out-of-town-trips should also not be penciled. Needless to say, spur-of-the-moment travels are a no-no.

Among the most notable restrictions during the period is engaging in any financial transactions such as investing on stocks or venturing in a new business.

But is it a really an unlucky month for investors and businesses?

To see if the stock market really experiences a noticeable drop in this period, we checked the Philippine Stock Exchange index composite historical data for the months July, August, and September, from 2006 to 2016.

Here are some of the observations based on 10 years’ worth of data:

With these figures, it’s safe to say that there can be some negative movement or inactivity during Ghost Month. But does it mean that a curse exists during this period? It’s hard to tell.

However, it doesn’t mean that you cannot play it safe during this time or you cannot exercise prudence in making decisions.

Well, what do you think? 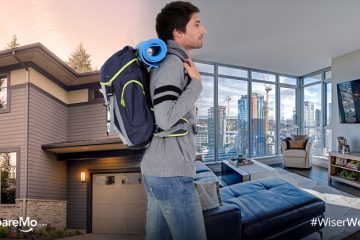 A Young Filipino's Complete Guide To Moving Out 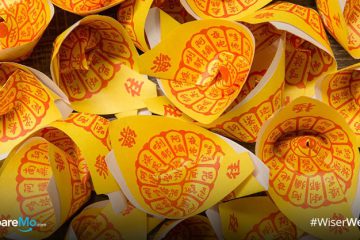