Philippine Medical Cannabis Bill: What Are The Uses And Benefits Of Marijuana?

Five years in the making, House Bill 6517, or the Philippine Compassionate Medical Cannabis Act, passed the third and final reading in Congress. This has sparked a more open discussion about the medicinal uses of marijuana.

Medical cannabis, medical marijuana, and medicinal hemp are some of the common terms for the alternative medicine practice of using the marijuana plant (scientific name: Cannabis Sativa), or marijuana extract.

The bill will be passed on to the Senate, where further readings will take place before the president signs it into law.

Those who want the bill to pass and those who are violently opposed still need to wait a bit. But what really are the implications of legalizing the use of medical marijuana? Here’s a quick guide.

The push to allow Filipinos access to medical cannabis has been going on for about five years now.

Starting with HB 4477 (2014), and substituting HB 180 (2016), House Bill 6517’s (2017), the long journey has been about providing “compassionate and right of access to medical cannabis and expanding research into its medicinal properties.”

To provide some clarity and encourage proper discourse, laid out below are HB 5617’s main purposes:

NOTE: Medical cannabis will ONLY be available through MCCC dispensaries.

NOTE: MCCCs or MCSCFs will not be allowed within 1,000 feet of schools, colleges, universities, or residential areas.

(Read: VAT-Free Medicines For Hypertension, Diabetes, And High Cholesterol In 2019)

Medical cannabis in the Philippines today

Currently, the country allows for “Compassionate Special Permits” (CSPs) with medical marijuana, one of the main points that opposing parties like Senator Vicente “Tito” Sotto III use to argue against the bill.

However, the CSP process for medical cannabis can be quite tedious. According to the Philippine FDA, they have only received three applications for cannabis oil use from 2017 to 2018, which were all turned down because of incomplete requirements.

Atty. Katherine Austria-Lock, Head of Center for Drugs Regulation and Research, shared how the CSP process works, via ABS-CBN news: “These drugs must be registered from the country of origin. The request must be specific. For example, if 40 tablets are needed, that must be included in the prescription. CSP patients usually have tie-up canna oil providers that will import it to them.”

HB 6517 aims to make cannabis oil and other types of cannabis medicine available and regulated within the country, for easier access to people who need it most. It will also open more opportunities for proper research and education, removing most of the stigma and fears associated with the plant.

Medical cannabis, according to the bill, refers to the “cannabis products such as capsules and oil in their pharmaceutical formulation,” with active ingredients tetrahydrocannabinol (THC) and cannabidiol (CBD) certified by PDEA and DOH. It specifically notes that cannabis will not be used in its raw form.

CBD and THC are the two main cannabinoids that effectively treat symptoms such as pain, nausea, inflammation, and anxiety. Put simply, cannabinoids are the active compounds that communicate with cannabinoid receptors in cells — one of them is called endocannabinoid, which is responsible for the activation of cannabis’ medicinal effects.

Debilitating medical conditions as defined by Section 3-e of HB 6517;

And the following diseases, as mentioned:

The current Miss Universe was actually asked about her opinion of the legalization of marijuana during the pagent itself. Her reply?

“I’m for the use (of marijuana) in the medical use but not so for recreational use because I think if people were to argue what about alcohol and cigarettes, well, everything is good but in moderation.”

The actor and model’s mother was cured of her stage 4b thyroid cancer a few years back and he saw the relief that being able to use medical cannabis brought to her.

He was at the House of Representatives on the third and final reading of HB 5617, and provided an educational live feed on its benefits.

The veteran actress, who recently became even more popular by her role in Glorious, has always been an advocate of medical marijuana.

She has long advocated for the legalization of medical cannabis because it “worked wonders” for her 22-year-old daughter who has epilepsy.

A Filipino American mixed martial artist, as of the writing of this post, he is the ONE Championship Heavyweight Champion. He’s also trained Richard Gutierrez in the martial arts and guested as an assassin on Kamangdag on GMA.

He’s also a supporter of medical cannabis, as you can see on some of Instagram posts, like this one.

What do you think about the bill? Let us know in the comments. 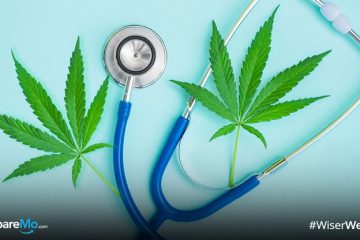 Philippine Medical Cannabis Bill: What Are The Uses And Benefits Of Marijuana?