I’m pretty sure you’ve plugged in some good music, watched hilarious clips, eaten your favorite dessert, and done myriads of other things to keep yourself sane. The good news is, “good vibes for good health” isn’t a myth. Medicine has time and again proved that the mind indeed has the power to heal the body.

Science acknowledges that diseases have emotional and mental components. It’s called the placebo effect, where patients feel better even just after taking sugar pills and getting saline injections in clinical trials. This posits that a positive mind can activate the body’s natural self-repair mechanism and significantly aid in healing.

It is not common knowledge, however, that placebo has a dangerous counterpart called the “nocebo” effect, which means “I will harm” in Latin. In this phenomenon, inert substances or even mere suggestions can bring about negative outcomes, demonstrating the physiological effects of negative belief, fear, and anxiety.

Common examples are growing up to believe you are sickly or claiming you have an inherent illness.

In one case, 79% of medical students developed symptoms suggestive of the illness they are studying due to paranoia. “It’s a consistent phenomenon, but medicine has never really dealt with it,” says Ted Kaptchuk of Harvard Medical School.

It is still true that mindset isn’t the only factor that affects our health and well-being. However, one’s mindset has a huge tendency to manifest in our physiological state as negativity triggers the release of harmful cortisol and epinephrine levels.

A psychoneuroimmunology research has discovered that chronic stress is disparaging to one’s health, as it brings chronic suppression to the immune system. Studies have shown that attitudes and emotions are connected to physical illness.

“Apoptosis is the end-stage of chronic stress. It is programmed cellular death,” says The Scientific Basis of Integrative Medicine, which posits that we are “literally capable of worrying ourselves to death.”

“All of these negative feelings, they catch up. And they become the diseases that we end up having to deal with when we’re older,” said Sanaiyah Gurnamal, who pioneered the practice of a psychotherapeutic healing technique called theta healing in the country. “And more so now than ever before, sometimes we don’t have to wait until we’re really old until we get these diseases. More people are getting it at younger age.”

During her talk at the Third Eye Wellness Center in Bonifacio Global City, Taguig, she said although emotional baggage may not completely create a disease, it can contribute to it.

According to Sanaiyah, negative feelings and experiences such as anger, resentment, rejection, feelings, disappointments, regrets, and loneliness manifest in your body and transform into critical illnesses. She explained that her patients healed “because their mindset has changed, their understanding of the situation has changed.”

Once a patient decides to change his mind set with positivity, it reflects into the patient’s life and start the healing process. “We shift the mindset and perception, and the body actually follows,” Sanaiyah explained.

Are you a strong believer of the power of mind? Have you experienced a good outcome from subliminal conditioning? Share your thoughts in the comments. 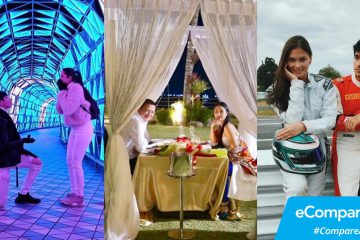 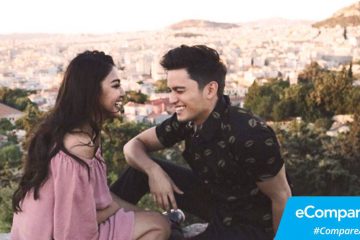 Be Inspired By The Top Celebrity Couples And Their Fancy Getaways