The Ninoy Aquino International Airport may no longer be the world’s worst airport, thanks to the recent upgrades on its facilities as well as a massive shakeup among its personnel. However, the fact remains that the country’s main airport has long been operating beyond its capacity of 32 million passengers annually.

While Clark International Airport seems to be the second viable option for travelers to reach the capital, its distance to Manila as well as the lack of efficient mass transport makes it ineligible as the next big thing.

This, in turn, makes the government as well as private companies consider developing a more accessible location to reduce the passenger volume in NAIA.

With the Japan International Cooperation Industry finding out that Cavite is the perfect place for a new airport, all eyes are on Sangley Point as the country’s alternative to the aging gateway to Metro Manila.

So who are the companies showing their interest in developing Sangley Point and how are they going to deliver?

Read: What’s The Cheapest Way To Get The iPhone 7 In The Philippines?

Getting its name from the original users of the said peninsula, Sangley Point was originally a port for Chinese traders who would bring their products from Japan and Arabian Peninsula.

During the United States’ occupation of the country, the port was used as a military facility for the American navy and air force even after World War II.

Concerned parties have been looking at Sangley Point as the airport location nearest to Metro Manila. Currently, there are multiple companies who want to turn the derelict strip of land near Manila Bay to a world-class airport that will finally supplant NAIA as the primary gateway to the country.

To make the derelict military base a viable location for the new airport, the Department of Transportation (DoT) said that it would require at least 2,000 hectares of reclaimed land for development.

According to the said article, Belle Corporation will join hands with All-Asia Resources & Reclamation Corporation (ARRC), owned by Wilson Tieng, to create a $50-billion airport as well as an economic zone in the said area.

The Sy-owned property developer will also join hands with China Communications Construction Company as an investor and technical partner that will take care of the dredging operations for the airport.

Telling Bloomberg via text that the race to develop Sangley Point has become a “beauty contest,” San Miguel Corporation head honcho Ramon Ang had been courting the government for years already to give the project the green light.

Read: Check Out This World Map Of Billionaires And Their Sources Of Wealth

However, the current president and CEO of the largest food and beverage in the Southeast Asian region is already reported to push other plans to solve the country’s airport crisis.

Instead of repurposing Sangley Point, Ang said that San Miguel renewed its offer to build a new airport in Bulacan at around $10 billion, which is said to be much cheaper than Belle Corporation’s bid.

Another contender to the competition is Manny V Pangilinan’s Metro Pacific Investments Corporation, who has expressed its desire to enter the aviation industry as a means to broaden the company’s portfolio.

The holding company says it is just waiting for the government to have a “clear direction” in its plans for a new gateway. Whether the current administration would rather expand the current airport or create a new one, the company promised that they will give their full support to the said endeavor.

Currently, only the three tycoons have shown their enthusiasm in creating a new gateway for air travelers in the country. While the project has yet to finally become a concrete one, First Grade Holdings Inc managing director Astro del Castillo predicted that the battle for Sangley Point will pique the interest of other big investors not just in the said venture but also “to other government infrastructure projects.” 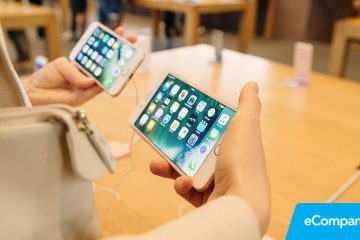 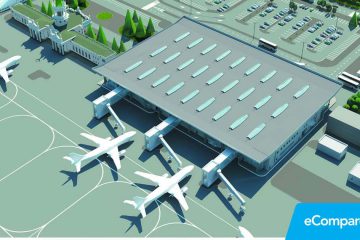