We’ve Officially Entered A State Of Economic Recession. What Does It Mean?

For the first time in nearly 30 years, the economy of the Philippines is once again experiencing a recession. But what do we really know about an economic slowdown and what are its effects on us?

It’s official: the numbers are out for the pandemic-stricken second quarter of 2020 and it seems like the market is now feeling the economic effects of COVID-19.

According to a recent report published by the Philippine Statistics Authority (PSA), the gross domestic product (GDP) of the country for second quarter took a nosedive at -16.5 percent.

Based on the figures from the PSA, the decline worsened from the revised -0.2 percent (initially reported -0.7 percent) contraction from first quarter. PSA Undersecretary and National Statistician Claire Dennis Mapa says the decline can be attributed “partly because of the lockdown,” which is currently the longest quarantine measure in effect to date.

“Gross domestic product declined by 16.5 percent in the second quarter of 2020. This is the lowest reported quarterly growth starting in the 1981 series,” Mapa said.

Meanwhile, the gross national income, which is the aggregate of the country’s GDP and foreign investments, stumbled down by 17 percent.

A deeper look at the numbers reveal that almost all major contributing sectors went down: manufacturing at -21.3 percent, construction at -33.5 percent, transportation and storage at -59.2 percent.

Meanwhile, expenditure across almost all sectors plunged: household expenditure is down by 15.5 percent, gross capital formation at 53.5 percent, exports at 37 percent, and imports at 40 percent.

Although the numbers are dismal, there are some sectors that saw a pickup during second quarter. Agriculture exhibited a 1.6-percent growth while government spending jumped by 22.1 percent.

According to Capital Economics analyst and expert on emerging Asian markets Alex Holmes, the negative downturn of the Philippine economy due to the pandemic will leave “large scars” across the board and demand will play a big part “for many months to come.”

“A failure to contain the virus, continued restrictions to movement and inadequate policy support mean the Philippines is also likely to experience one of the region’s slowest recoveries,” Holmes wrote in his analysis.

Before the pandemic, Reuters touted the country as among the fastest-growing economies in Asia, posting an impressive average rate of 6.025 percent increase in GDP last year.

However, the growth was cut short as the government imposed stringent quarantine measures that forced businesses to shutter their operations—with a handful of them closing for good that leads to further unemployment.

Experts are saying that the Philippines is officially under a state of economic recession. But does anyone know what it actually means? And what are the effects of such dwindling economy to every Filipino?

We’re here to make it real simple and help you develop an outlook to help you calculate your next moves.

First, let’s get one thing straight: What does a recession mean?

Business magazine Forbes‘ explanation is simple: It’s a “significant decline in economic activity that lasts for months or even years.” Using GDP as the basis for measuring economic growth, experts follow the trends in increase and decrease of the country’s overall value of goods and services produced.

So what are the signs that a market is in a state of recession? Although continuous GDP decline is a telltale sign a country is about to enter its turbulent moments, it’s just one of the many ripples.

Factors that contribute to this dwindling economic movement include rising levels in unemployment, businesses closing down, lower consumer spending, and decreased output from production sectors like agriculture and manufacturing, among others.

In 1974, economist Julius Shiskin wrote in a New York Times piece that two most telltale sign that an economy is considered in recession when it posted negative growth for two consecutive quarters.

Although it’s a broad generalization, this has been one of the most common signs of recession. So far, the first two quarters in the Philippines meet this commonly accepted sign of slowdown.

Read:Gold Investment In The Philippines: A Few Key Things You Need To Know

Main drivers of a recession

Forbes noted that some of the main drivers of a market hitting a recession include the following:

Out of all the factors here, we can attribute the impact of COVID-19 in our economy as an economic shock.

With businesses forcing to suspend operations to keep the rate of infection at bay, this caused ripples in numerous sectors such as unemployment especially in tourism and food and beverage industries, and consumers spending going down due to Filipinos becoming more conscious with their spending and limited movement due to the quarantine.

The last one is important as the Philippine economy relies heavily on private consumption, which continued to go upward as the economy continues to enjoy prosperity since the early ’90s. Private spending in the Philippines is one of the key drivers in local economic growth.

What you can do during an economic recession

Recovery in the Philippines is still a long road ahead, with forecasts being pushed further in time. After all, experts analyzed that failure to contain the spread of virus coupled with punishing economic effects will cause a continued decline in GDP.

Despite the dismal outlook, you are not totally powerless over these prevailing events; you can still do something to dampen the effects of an economic slowdown on your finances. Here are some ways on how you can cope with the effects of recession in your household:

This should be a no-brainer especially during the time of the pandemic, but we must remind you that there is uncertainty in the market. During these turbulent times, you have to calculate every spending you have to make—and only allocate your funds towards basic necessities.

2. Settle your debts as soon as possible

If you have a credit card balance now, this is the best time to pay off your debt. Even if your job security is stable during the pandemic, having zero debt will give you more financial freedom such as being able to apply for a loan during turbulent times.

Negative effects of the pandemic can be felt across the board. This means that companies will be more stringent with their hiring process and try to retain their current workforce instead of getting new talent. Focus on your current job for now. The career jump can wait.

In the middle of a recession, it might be impractical to just start with your emergency fund. However, no one can tell if the market will take a turn for better or worse. Regardless of the outcome, having an emergency fund is one of the wisest decisions you can make in your life.

5. Trim down your expenses

Aside from avoiding unnecessary spending, one way to make your budget leaner and more flexible is by reviewing your household overhead. Some things you can let go for now include subscription services, branded household consumables, and others that will allow you to have more leeway for savings.

Recessions are natural. As economies thrive, there will come a time that policies cannot sustain their growth. However, the recession we’re facing now comes side-by-side with the risk of getting infected with COVID-19. During these extraordinary circumstances, the best we can do is be prepared and hope for the best. 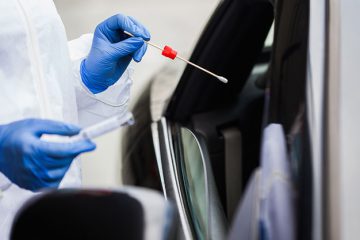 Where To Get PCR Tests In Metro Manila: Contact Numbers And Prices 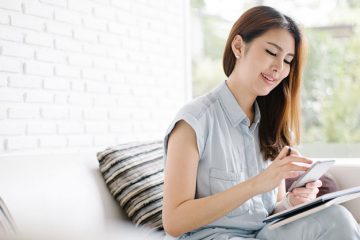 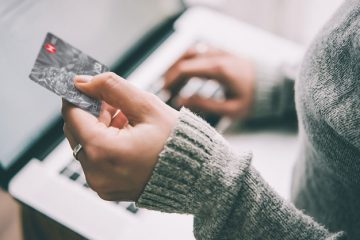